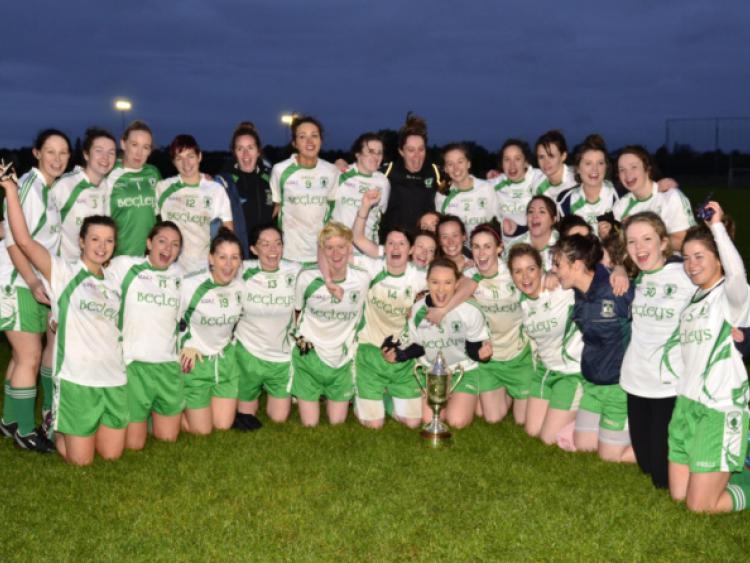 A goal in the 2nd minute from Seneschalstown full-forward Lousie McKeever proved to be the decisive score as the Meath champions claimed a narrow win over Killoe in the Ladies Leinster Club SFC quarter-final at Emmet Park on Saturday last.

A goal in the 2nd minute from Seneschalstown full-forward Lousie McKeever proved to be the decisive score as the Meath champions claimed a narrow win over Killoe in the Ladies Leinster Club SFC quarter-final at Emmet Park on Saturday last.

The game was level deep into stoppage time but try as they might Killoe couldn’t get that vital score and right before the final whistle Fiona Mahon pointed a free to clinch a semi-final spot for Seneschalstown.

Killoe were left to rue missed chances after dominating much of the play and the absence of injured full-forward Sabrina Hackett was a big blow. The Meath side made a great start when McKeever found the back of the net and Grainne Nulty followed up with a point.

But Killoe gradually got into their stride. Sharon Treacy shot over the bar and Edel Quinn followed up with a neat point. Then two Anne Marie Bratten points levelled matters by the 8th minute.

Another point from Bratten edged Killoe in front in the 10th minute and minutes after Quinn put them ahead by two. Killoe were on top but despite their dominance they failed to put more scores on the board.

In the 23rd minute Anna McDonnell extended Killoe’s lead but three points from Seneschalstown left the sides all square (0-7 to 1-4) going in at the break.

Killoe went two points ahead in the early stages of the second half with a free from Anne Marie Bratten and a good point from Elizabeth Brady but Seneschalstown were quickly back on level terms.

Anna McDonnell put Killoe ahead again in the 42nd minute and the Meath champions then missed a good chance of another goal when Grainne Nulty blasted her effort wide.

Seneschalstown were back level in the 45th minute and two good points from Stacey Grimes and Lousie McKeever put them ahead by two by the 48th minute.