Goals the key as Slashers
win first minor ‘A’ crown 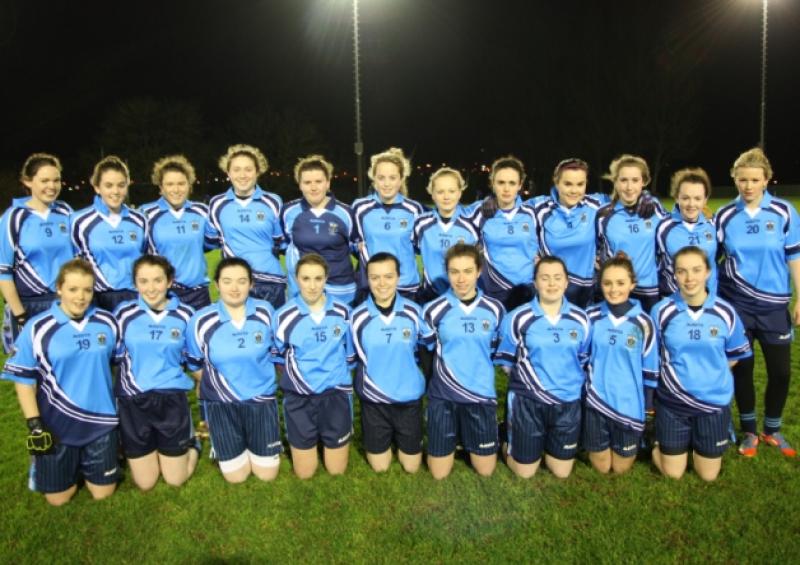 The final ladies football county title of 2013 was captured by Longford Slashers after they stormed to minor ‘A’ glory in Michael Fay Park last Sunday.

The final ladies football county title of 2013 was captured by Longford Slashers after they stormed to minor ‘A’ glory in Michael Fay Park last Sunday.

Goals proved the difference at the end of a very competitive game played in excellent weather conditions for the time of year, however there was a reasonably strong breeze blowing across the pitch.

Colmcille/Dromard won the throw in and registered the first score a point by A Mimnagh. Five minutes later A Ò Brien got Slashers first point then S Bransfield put C/D back in front with a point one minute later.

On ten minutes Slashers got their first goal through Orla O’Brien, S Bransfield scored two further points for C/D. Elaine Murphy got a point for Slashers before Aoife Jones netted her side’s second goal just before half time. Half time score Slashers 2-2 Colmcille/Dromard 0-4,

The first two scores of the second half went to C/D, points from M Farrell and A Mimnagh. E Murphy was on target again for Slashers with a point in the 38th minute.

A Cosgrove played a captains part with a fine darting run from her own 45 metre line to get another point for Slashers. M Farrell then got what would be C/D’s last score a point in the 42nd minute.

Slashers went on to score a further four points one each from E Ò Brien and C Farrell with two from O Ò Brien, thereby giving them their first title in this grade.