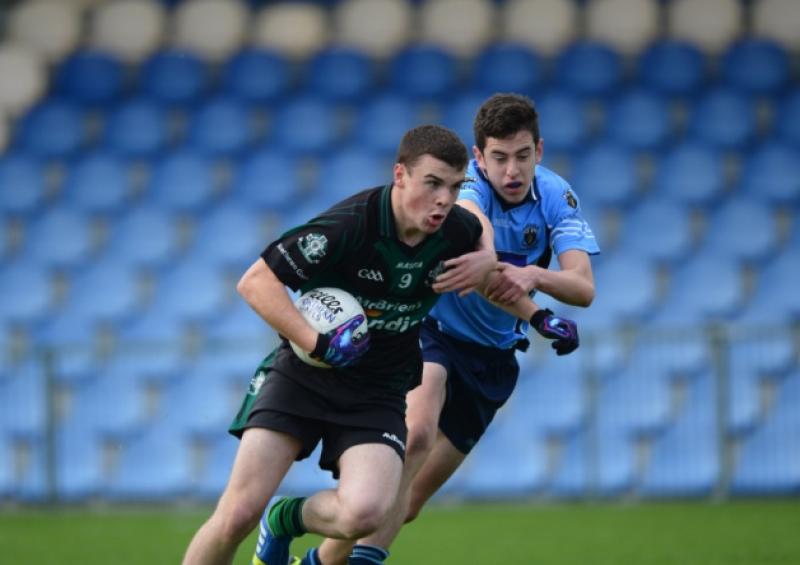 Northern Gaels and Longford Slashers ended up deadlocked at the end of a highly entertaining Juvenile ‘A’ Football Championship Final at Pearse Park on Saturday last with Ultan O’Hara firing over a last gasp point to earn the Abbeylara and Mullinalaghta amalgamation a dramatic draw.

Northern Gaels and Longford Slashers ended up deadlocked at the end of a highly entertaining Juvenile ‘A’ Football Championship Final at Pearse Park on Saturday last with Ultan O’Hara firing over a last gasp point to earn the Abbeylara and Mullinalaghta amalgamation a dramatic draw.

While it was no more than the Gaels deserved considering how unlucky they were not to score at least one goal and were the better team for most of the game, Slashers produced some fine football to dominate the final quarter and looked the likely winners when cracking late scores from Nathan Steele and Liam Barry (long range free) left them leading by two points.

But Northern Gaels just refused to accept defeat and after Conor Berry landed a glorious strike to narrow the gap to the minimum of margins, four minutes of stoppage time were played before the north Longford side eventually grabbed the equalising score after Slashers had wasted a free at the other end of the pitch.

With a flick from Paul Leonard hitting the post in his attempt to find the back of the net along with a cracking shot from Jason Matthews that smashed against the crossbar just before the break, Slashers were fortunate to be trailing by just two points, 0-8 to 1-3, with their keeper Paddy Grogan coming to the rescue in producing a fine save to keep out a point-blank shot from Matthews in the 22nd minute.

Full-forward Robbie Clarke raced through to score a great goal in the 10th minute, with the other Slashers scores in the first half coming from Robbie O’Connell, Liam Barry and Daniel Smith, while the Northern Gaels points were registerd by Jason Matthews (4), Conor Barry, Cian Brady and Ultan O’Hara (2).

The impeded Brady had a strong claim for a penalty turned down by referee Aidan Dowler in the 25th minute and Slashers were living very dangerously indeed. Northern Gaels appeared to be on the way to victory when they led by 0-12 to 1-5 midway through the second half with three more points from the accurate Jason Matthews but Slashers came storming back to fire over five scores in a row to hit the front.

Liam Barry and Nathan Steele landed a glorious point apiece, only for Conor Berry (free) to level matters, and the sides shared four more scores in a tense and exciting finish. The replay is fixed for Saturday October 12th.