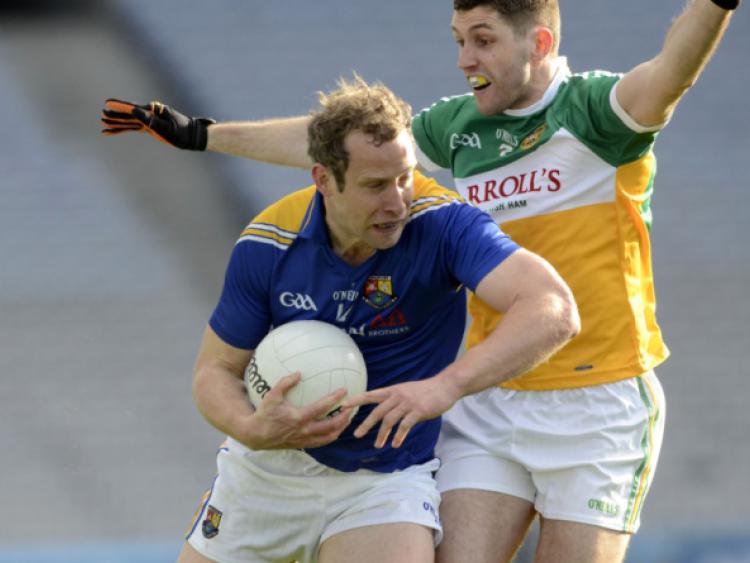 Longford staged a sensational second half fightback to come from behind and defeat Offaly by 0-16 to 0-13 in this evening’s Leinster Senior Football Championship 1st Round clash watched by 4,959 spectators in O’Connor Park, Tullamore.

After 45 minutes Longford trailed by 0-5 to 0-12, however, inspired by some brilliant score taking by Brian Kavanagh, Dessie Reynolds, Ross McNerney and Diarmuid Masterson they went on to outscore shell shocked Offaly by 0-11 to 0-1 and deservedly seal their place in the quarter-final on Sunday, May 31 against Dublin at 4pm in Croke Park.

After losing the Div 4 NFL Final to Offaly by 1-12 to 4-16, this was a remarkable turnaround by Longford and their victory was based on guts, work ethic and the energy of the young players they blooded this evening.

Longford manager Jack Sheedy and his selectors made three changes to side announced and released to the media on Thursday night. Peter Foy, Enda Williams and Ross McNerney were left out of the side, with Cian Farrelly, Barry McKeon and Rory Connor being introduced.

Last year, Longford’s 0-19 to 0-15 victory in Glennon Brothers Pearse Park was their first championship win over Offaly since 1965. Six of the team that started that game - Sean McCormack, Mark Hughes, Paul Barden, Shane Mulligan, Damien Sheridan and John Keegan didn’t feature this evening and this makes this second successive championship win over Offaly all that bit sweeter.

Despite facing the strong wind, Longford got off to a lightning start and they led 0-5 to 0-2 after 23 minutes. Brian Kavanagh converted two frees, with Ronan McEntire, Barry McKeon and Colm P Smyth also getting on the scoresheet.

Offaly, who haven’t won a Leinster Championship game since 2007, got their opening points through Niall McNamee and Nigel Dunne. They lost midfielder Niall Smith due to a 19th minute black card and within six minutes the entire Longford half forward line of Michael Quinn, McEntire and Shane Doyle all picked up yellow cards as there was plenty of hard hits going in.

In the first minute of injury-time at the end of the half Longford looked to have earned a life-line as Shane Doyle was dragged down by Daithi Brady at the expense of a penalty. Michael Quinn stepped up to take it and his strike was brilliantly stopped by vigilant Alan Mulhall. Half-time: Offaly 0-9 Longford 0-5.

On the resumption, Offaly maintained their assault and points by Bernard Allen (2) and Nigel Dunne saw them surge seven points ahead, 0-12 to 0-5, with 45 minutes elapsed.

Buoyed by wind advantage and the enthusiasm of young subs Dessie Reynolds, Ross McNerney and Liam Connerton, Longford staged a dramatic transformation as they outscored hapless Offaly by 0-11 to 0-1 over the closing 24 minutes to claim an incredible against the odds victory.

William Mulhall (free) landed Offaly’s 13th point in the 60th minute and Longford again dug deep and they found rich reserves with Ross McNerney and Colm P Smyth finding the target to level it at 0-13 all (63 minutes gone). Nigel Dunne was wide with an Offaly free and Longford pushed on for victory with fantastic points dispatched by Dessie Reynolds, Brian Kavanagh and McNerney (free).

As if we hadn’t enough twists in this battle, Longford ‘keeper Paddy Collum had to produce a stunning last-gasp save to keep out a fisted goalward bound effort by Offaly sub Conor McNamee.