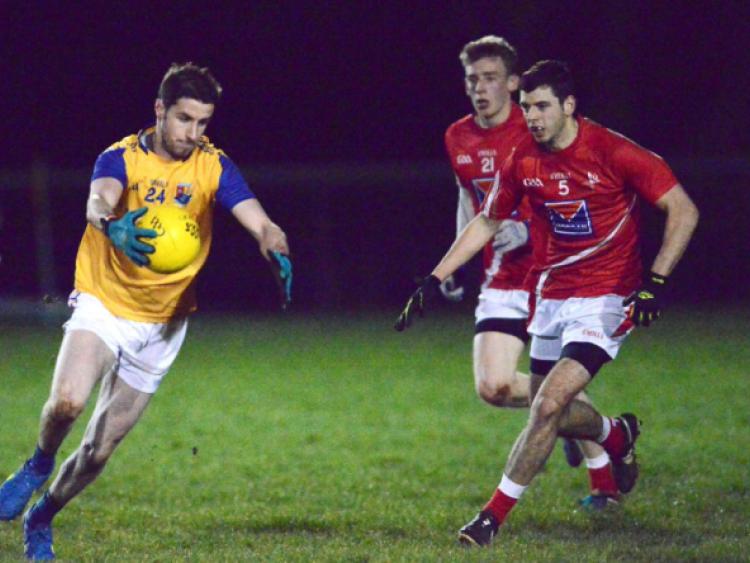 Apart from a slight scare at one stage of the second half when a Conor Grimes goal for Louth in the 38th minute closed the gap to just four points, Longford were never in any real danger and completely dominated the final quarter to cruise into the Leinster U-21 Football Championship semi-final against Dublin at a neutral venue (Navan or Portlaoise) on Wednesday March 18th.

Longford got off to a flying start in the quarter-final clash in Newtowncashel on Wednesday night to lead by 0-4 to 0-0 after just eight minutes, the scores coming from Paddy Kiernan, Larry Moran (2) and Liam Connerton, while Louth had to wait until the 16th minute for their opening point - a free converted by Ryan Burns.

The much sharper Longford side were on top in most positions on the pitch and ended up leading by 0-8 to 0-2 at the break with Larry Moran, wing back Liam Sullivan (a terrific strike) and a brace of Shane Kenny frees accounting for the other four scores.

Burns fired over Louth’s only point from play in the early stages of the second half but Longford hit back with three more points through Larry Moran (free), Andrew Dalton and Liam Connerton with Dalton most unlucky not to score a goal when he shot against the post in the 37th minute.

Moments later Louth were given a glimmer of hope when Conor Grimes got through to score a goal and but for a point-blank save by Longford keeper Colm Farrell in the 44th minute the lead could have been cut to just a solitary point.

Francis McNamee’s side were living dangerously for a period, with Louth trailing by 0-11 to 1-4, but the pressure was lifted on Longford when Rory Connor raced through to fist the ball over the bar in the 46th minute.

The home county clocked up another 1-5 to run out easy winners in the finish, the goal coming from Liam Connerton in the 51st minute while the points (including two frees) were registered by Larry Moran (2), Connerton (2) and substitute David McGivney.