Rathcline turn on the power in the second half 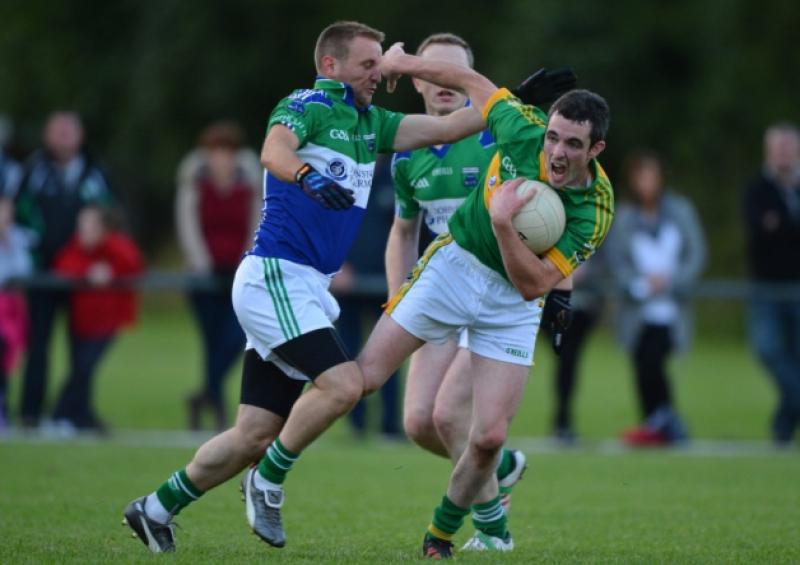 An excellent second half display saw Rathcline record a crucial first win in the group stage of the Intermediate Football Championship at Devine Park, Mostrim on Sunday evening last and thus advance to a semi-final showdown against Carrickedmond.

An excellent second half display saw Rathcline record a crucial first win in the group stage of the Intermediate Football Championship at Devine Park, Mostrim on Sunday evening last and thus advance to a semi-final showdown against Carrickedmond.

Ardagh were the better side in the first half but their dominance was not reflected on the scoreboard. The loss of full-forward Danny Keenan, who missed the game through injury, was a big blow.

There was nothing between the sides in the first half but a goal from James Hanley in the 10th minute, after poor defending, gave Rathcline the edge. A point from James Carroll minutes later put them ahead by three but Ardagh worked hard and points from Shane Henry (2) and Philip Gillen levelled the game by the 19th minute.

Minutes later they took the lead when Henry fired over a neat score. The gap was two four minutes later when Killian Farrell found the range but Rathcline battled back as half-time approached and points from Mel Shanley and Patrick Mullooly left the sides all square at the break.

But Rathcline were in complete control in the second half as they turned on the power. James Hanley put them ahead in the 35th minute and further points followed from James Carroll and Mel Shanley.

James Hanley then shot over the bar and Liam Connerton found the back of the net with a good goal in the 41st minute after collecting a great pass from Patrick Mullooly.

A free from Mullooly and a neat Mel Shanley point extended Rathcline’s advantage by the 51st minute and in the 57th minute Derek Casserly got the last score of the game for the shannonsiders.

Ardagh ended the game with two late frees from Paddy Ganley and now turn their attentions to their semi-final meeting against Legan Sarsfields.