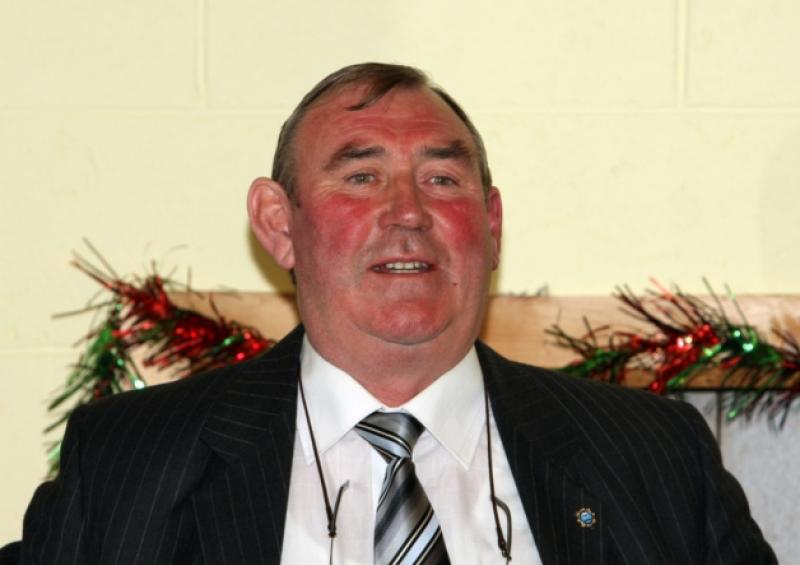 County Board Chairman Brendan Gilmore, in his address to the Longford GAA Convention in Aras Ui Bhriain, Glennon Brothers Pearse Park on Thursday night last, reflected on the controversial Centre of Excellence saga and the plans to pursue an alternative site.

County Board Chairman Brendan Gilmore, in his address to the Longford GAA Convention in Aras Ui Bhriain, Glennon Brothers Pearse Park on Thursday night last, reflected on the controversial Centre of Excellence saga and the plans to pursue an alternative site.

â€œThe county committee made a decision not to proceed with the proposed Centre of Excellence at Lyneen due to the pre-development costs. As instructed by the county committee, it is my intention to dispose of the Lyneen lands and pursue an alternative site for this very necessary and important piece of infrastructure for the development of our games. I will keep the County Committee informed of developments every step of the way in 2014,â€ stated Gilmore.

After completing his first term in the position of Chairman and returned unopposed to the highest office in Longford GAA, the Rathcline clubman also commented on the disappointing results suffered by the County senior side in 2013 and wished the new manager Jack Sheedy well in his endeavours for Longford football.

â€œUnfortunately, this was not one of our better years at Senior level, suffering relegation in the National Football League (Division 2), losing the first round of the Leinster Championship away to Wicklow and bowing out earlier than expected in the All-Ireland Qualifiers. Poor performances one might say, but letâ€™s not forget the single point defeats in a few games, and an unfortunate run of injuries. Glenn Ryan stepped down as county senior team manager after 5 years of exceptionally dedicated service at the helm and I thank Glenn and his various selectors and backroom team for their contribution to Longford Football over those years.â€

On a more positive vote, Gilmore said that the U-21 team did us proud in 2013. â€œThe Longford U-21 team won the Hastings Cup and were very unfortunate not to land a Leinster title having defeated red-hot favourites Dublin in their own back yard in the first round. While Leinster honours eluded us, I have no doubt that the efforts at this level will reap their just rewards in the years ahead. I sincerely thank Eugene McCormack and his backroom team for their efforts and for the pride they restored to Longford football at Leinster level.â€

Brendan also spoke about the progress that the county hurlers made in 2013.

â€œOur hurlers had a very good year in winning Division 3B of the National League and narrowly missed out on success in the Lory Meagher Cup Final against Warwickshire.â€

Gilmore sincerely thanked the main sponsors of Longford GAA, Glennon Brothers, for their very generous support again in 2013 and the other kind sponsors of the various competitions.

â€œI greatly appreciate the generous sponsorship of our various competitions by locally based companies in these very trying financial times. It would not be possible to survive without their generosity and I would ask all our Gaels to reciprocate their support to these businesses in the year ahead.â€

The County Board Chairman also thanked the Race Day organising committee for another very successful event in 2013 along with the organisers of other fundraisers in London and elsewhere.