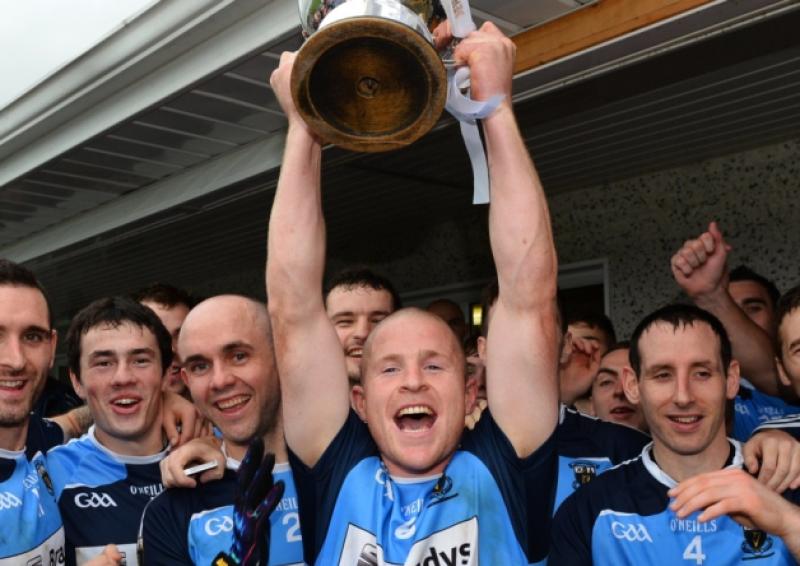 Longford Slashers enjoyed a sweet 16th senior football championship success when getting the better of Dromard at wet and windy Glennon Brothers Pearse Park on Sunday last and few among the official attendance of 2,910 could argue with the fact that the best team won.

Longford Slashers enjoyed a sweet 16th senior football championship success when getting the better of Dromard at wet and windy Glennon Brothers Pearse Park on Sunday last and few among the official attendance of 2,910 could argue with the fact that the best team won.

Adapting better to the difficult conditions, the physically stronger Slashers side held a decisive edge throughout the game that improved considerably in a much more competitive second half with Dromard staging a determined comeback to gradually close the gap but it was not enough.

Slashers were looking good when leading by five points at the break, 1-5 to 0-3, with the crucial goal coming from Peter Foy in the 10th minute but Dromard showed a lot of courage to battle their way back into contention and when substitute Declan Mimnagh scored a cracking goal in the 55th minute, just a solitary point separated the sides, 1-10 to 1-9.

That badly needed score for the north Longford side materialised immediately after Michael Brady had a goal disallowed for Slashers following a square infringement but Denis Connerton’s vastly experienced side (contesting their fourth county final in a row) refused to panic and their recovery was quick as Mark Smith fired over a close range free in the 57th minute.

There was still time for Dromard to rescue the situation but they continued to face fierce resistance from a so solid Slashers defence, inspired by their outstanding captain Dermot Brady who was immense throughout the game on his way to winning the coveted man-of-the-match award.

Luck was against Dromard when a Francis McGee free hit the upright in stoppage time and there was no further score as Slashers were shrewd in keeping possession until the final whistle was eventually blown.

Hurt badly by the final replay defeat (after extra-time) against Killoe last year, Slashers had to overcome the handicap of several injury setbacks this season (most notably the absence of playmaker Paul Kelly) and their manager Denis Connerton deserves great credit for the latest senior championship triumph - the third Connolly Cup he has delivered to the club in the space of four years and this is truly a tremendous achievement.

But Connerton would be the first to acknowledge that he has worked with a talented squad of players and while Dermot Brady was the main man on Sunday last, it must be said that Niall Mulligan in and around the middle of the field produced a terrific display and he was a real driving force when Slashers surged forward - particularly so in the second half.

Peter Foy certainly played a leading role in the first half, scoring 1-2 with the goal coming from a dipping shot that deceived the Dromard keeper Damien Sheridan in the 10th minute after he had produced a great save to keep out a point-blank shot from the generally prominent Marc Diffley with the other Slashers wing back Peter Brady also much to the fore in the win.

With Colin Smith converting three frees, Slashers held a comfortable 1-5 to 0-3 lead at half-time with Ronan McEntire (getting his side’s first score in the 13th minute), Cian Mimnagh and Jamsie Martin (free) on target for Dromard who suffered a blow when full-back Peter Masterson was forced to retire injured just before the break.

But Dromard had the advantage of the wind in the second half and made a great start with a fisted score from Francis McGee after just 20 seconds and by the end of the third quarter the Slashers lead was cut to just two points, 1-7 to 0-8. McGee (two frees), Jamsie Martin (free) and a great strike from Cian Mimnagh accounted for the other Dromard scores and they went close to getting a goal in the 39th minute when Ross McNerney had a close range strike well saved by the Slashers keeper Colm Farrell.

Slashers replied with a point apiece from Colin Smith (free) and Marc Diffley (a fine score created by the hard graft of C Smith) and were most unlucky not to grab a goal in the 34th minute when a shot from Mark Smith hit the post with Damien Sheridan beaten. And then the sky-blues enjoyed another vital dominant spell that yielded three points in a row through Niall Mulligan, Colin Smith (his fifth score in a very valuable contribution to the title win) and David Sheridan between the 46th and 50th minutes and the best Dromard could do was a Francis McGee score (his fourth in the second half).

However, the Declan Mimnagh goal ensured a tight and exciting finish but Slashers showed a lot of character to keep their composure when the pressure was on to emerge victorious and they now advance to meet the Wicklow champions at Aughrim in Round 1 of the Leinster Club on Sunday October 27th.

Look back on the Longford Leader’s live match commentary here.