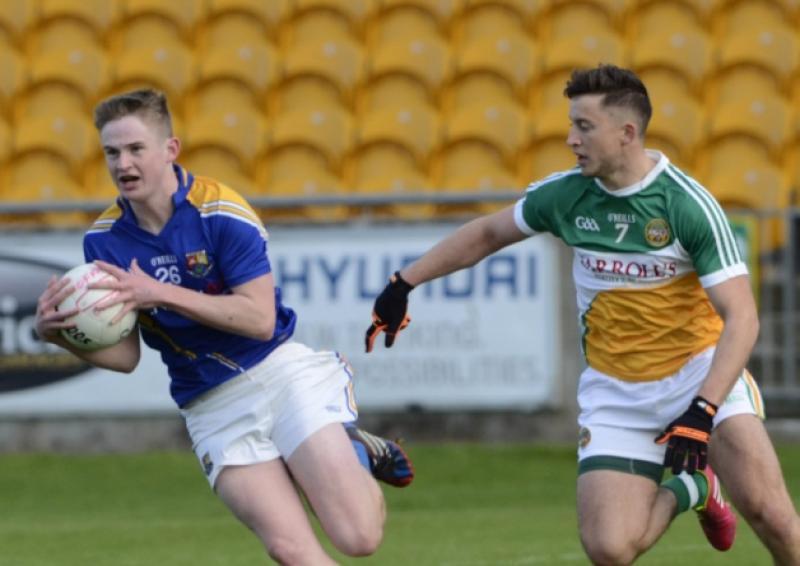 After looking dead and buried with ten minutes gone in the second half when they trailed by seven points (0-12 to 0-5), Longford found a new lease of life to stage a remarkable recovery and eventually overcame Offaly in the Leinster Senior Football Championship first round clash at O’Connor Park in Tullamore on Saturday evening last.

After looking dead and buried with ten minutes gone in the second half when they trailed by seven points (0-12 to 0-5), Longford found a new lease of life to stage a remarkable recovery and eventually overcame Offaly in the Leinster Senior Football Championship first round clash at O’Connor Park in Tullamore on Saturday evening last.

Make no mistake about it, this was a wonderful win and the 19 players that featured in the match certainly done Longford very proud as redemption was gained for the 13-point hammering against the same opposition in the National League Division 4 final three weeks earlier.

Jack Sheedy’s side will now return to Croke Park on Sunday week, May 31st for a crack at Dublin in the quarter-final and the midlanders are facing a daunting task against the All-Ireland title favourites with little chance of springing a sensational shock to be realistic.

That is for another day and for the moment Longford can savour the sweet success of getting the better of Offaly in the opening round of the Leinster Championship for the second year in succession. With promotion also achieved to Division 3 in the league, the management team have done their job and deserve a lot of credit for the progress made this season.

Youth certainly got its fling in Tullamore with no less than five players starting a senior championship game for the first time, notably Paddy Collum, Ronan McEntire, Barry McKeon, Rory Connor and Cian Farrelly as four changes were made to the team that suffered a shattering experience in the Division 4 league final.

Three more promising young players - Dessie Reynolds, Ross McNerney and Liam Connerton - were brought on during the course of the game to make it a total of eight debutants in the Leinster Championship, five of whom were U-21s which suggests a bright future for the county senior side.

It must be said that Reynolds (a minor last year) made a big impact, apart from scoring two vital points when Longford eventually got going with the advantage of the strong wind on the changeover in gradually closing the gap.

While the elements proved to be a decisive factor in the outcome, Longford needed leaders when it mattered most and Brian Kavanagh used all his vast experience to fine effect in creating and getting vital scores despite kicking a few wides in the second half.

Michael Quinn was also very much to the fore in the rescue mission when all seemed lost and he showed a lot of character to recover from the blow of failing to convert a penalty in first half stoppage time after his kick was well saved by the Offaly keeper Alan Mulhall.

Quinn was a key figure in the Longford victory, starting at centrefield with Barry Gilleran reverting to a more accustomed defensive role in tracking Niall McNamee and great credit to the Slashers player for dealing with the threat of the Offaly dangerman. And when another experienced defender, the resolute Diarmuid Masterson, joined the attack to fire over a point in the 58th minute the force was firmly with the visitors whose fitness levels were considerably higher on this occasion.

But when all is said and done Offaly must still be wondering how they managed to let slip such a commanding lead and their supporters drifted away from O’Connor Park in a stunned state after witnessing a very damaging defeat for the faithful county who were strongly fancied to win.

That confidence saw the home fans comprise the vast majority of the 5,000 attendance, with the few hundred loyal Longford followers greatly outnumbered, but the Offaly players appeared to be far too complacent in the first quarter as they got off to a poor start.

Against the significant wind, Longford played with a high intensity in sticking to a defensive gameplan with swift counter attacks and when Brian Kavanagh converted a free in the 23rd minute his side were surprisingly leading by 0-5 to 0-2.

Kavanagh fired over another free in the opening minute of the game while the other scores came from Ronan McEntire, Barry McKeon and prominent wing back Colm P Smyth. Offaly gradually awoke from their slumber to get their first point in the 13th minute, a terrific strike from Niall McNamee, and soon after Nigel Dunne shot over the bar.

Losing midfielder Niall Smith to a black card in the 21st minute was a blow for Offaly but they recovered to completely dominate the remainder of the first half - shooting seven points in a row in a glorious spell between the 25th and 33rd minute.

On target for the home side were Graham Guilfoyle (free), William Mulhall (three frees), wing back Joseph O’Connor, Nigel Dunne and Niall McNamee (landing a brilliant effort from near the sideline) and in a setback for Longford, injury (elbow) forced Francis McGee to retire approaching the break.

But the visitors appeared to have been thrown a lifeline in the second minute of stoppage time when a foul on Shane Doyle resulted in a penalty, only for Michael Quinn to have his shot saved and that left Offaly leading by 0-9 to 0-5 at the break.

There appeared to be no way back for Longford at this stage but they somehow managed to resurrect their championship challenge. With captain and courageous corner-back Dermot Brady providing a real source of inspiration, what unfolded thereafter was a joy to behold as they surged forward at almost every opportunity to outscore Offaly 0-11 to 0-1 during the remainder of the match.

Barry McKeon converted a free in the 46th minute and a further brace of points followed from Brian Kavanagh (free and play) before young Dessie Reynolds stepped forward to kick a tremendous long range point in the 53rd minute and that really lifted the spirit in the gutsy comeback.

In between, Offaly’s best player Johnny Moloney burst his way through to fist the ball to the net but the goal was disallowed and there was a further blow for the faithful county when their injured full-back Paul McConway was taken off in the 54th minute.

Back came Longford with two more points from Diarmuid Masterson and substitute Peter Foy in quick succession to leave just the minimum of margins separating the sides before Offaly eventually scored again after William Mulhall converted a close range free in the 60th minute.

The home side were now 0-13 to 0-11 ahead but Anton Sullivan was then guilty of kicking a bad wide and that handed the initiative back to Longford who replied with a point apiece from Ross McNerney (when a goal was on) and Colm P Smyth, the latter landing his second score in making a vital contribution to the eventual win.

The sides were now all square and after Nigel Dunne missed a free for Offaly in the 65th minute, Longford produced a storming finish to fire over three more points through Dessie Reynolds, Brian Kavanagh and Ross McNerney (free) along with a wide from another substitute Liam Connerton.

There was still time for Offaly, now trailing by 0-16 to 0-13, to snatch a last gasp equalising goal and it almost materialised in the second minute of stoppage time when a fisted attempt from Conor McNamee was stopped on the line by Longford keeper Paddy Collum who produced a great save to keep his net intact.

Fair play to manager Jack Sheedy and the other mentors for getting Longford back on track after losing heavily to Offaly in the league final but the focus was clearly on getting a win in the championship. Former Dublin footballer Sheedy now faces his native county in the next round as his charges enter bonus territory.