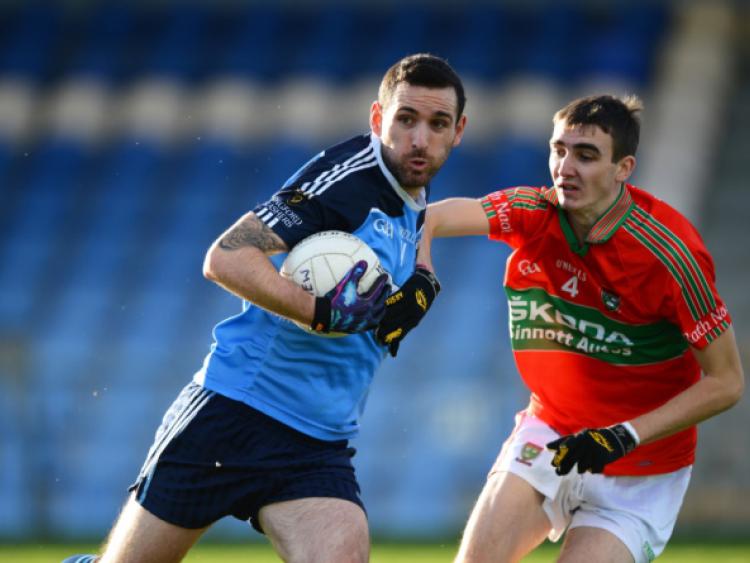 A terrific first half display from Longford Slashers set them on their way to a comprehensive win over Wicklow side Rathnew in their opening Leinster Club Championship match.

A terrific first half display from Longford Slashers set them on their way to a comprehensive win over Wicklow side Rathnew in their opening Leinster Club Championship match.

After disappointing performances in their previous two provincial campaigns Slashers wanted to make amends this year and make progression. From the start they were up for this game and were simply too good for Rathnew.

The three goals Slashers scored in the opening half gave them a commanding 10 point lead at the break and the Wicklow side couldn’t find a way back into the game with the Townies backline able to deal with the threat of James Stafford and Leighton Glynn.

Slashers could’ve scored a goal inside the opening minute when Niall Mulligan went racing through but he blasted the ball over the bar for a point. Rathnew’s first score was a pointed free from Tommy Gill and in the 8th minute they took the lead when Stephen Kavanagh scored a nice point.

A free from Mark Smith drew Slashers level in the 10th minute and one minute later Marc Diffley put them in the lead again and it was one they wouldn’t relinquish. Another Slashers wing-back got on the scoresheet in the 12th minute when Peter Brady got a point before Trevor Clendenning got their first goal with a good finish. Diffley then got a second point and in the 17th minute a lovely ball from Barry Gilleran found Mark Smith and he made no mistake for Slashers’ second goal. His brother Colin followed up with a free one minute later.

Three frees in a row from Gill (two) and Eamonn Doyle saw Rathnew get some much needed scores on the board but right before half-time Slashers got their third goal; from the kick-out a well worked move ended with Colin Smith finishing to the net. Slashers didn’t let up on the scoring in the first 10 minutes of the 2nd half. Clendenning got a point inside the first minute. Colin Smith (free) and Mulligan followed up with points. Mark Smith then hit over two points – one a fantastic point from play and the other a free.

After 14 minutes without a score Glynn pointed over a free in the 41st minute but Slashers replied with a Colin Smith free. Rathnew needed a goal badly and in the 45th minute Stafford forced a good save out of Slashers keeper Colm Farrell.

They then hit over three points in a row; two points from Gill (one free) and one from substitute James Hollingsworth. Substitute Philip Dobson got Slashers’ final score in the 60th minute. A free from Gill at end got his side’s final score as Slashers look forward to the visit of Portlaoise next Sunday.