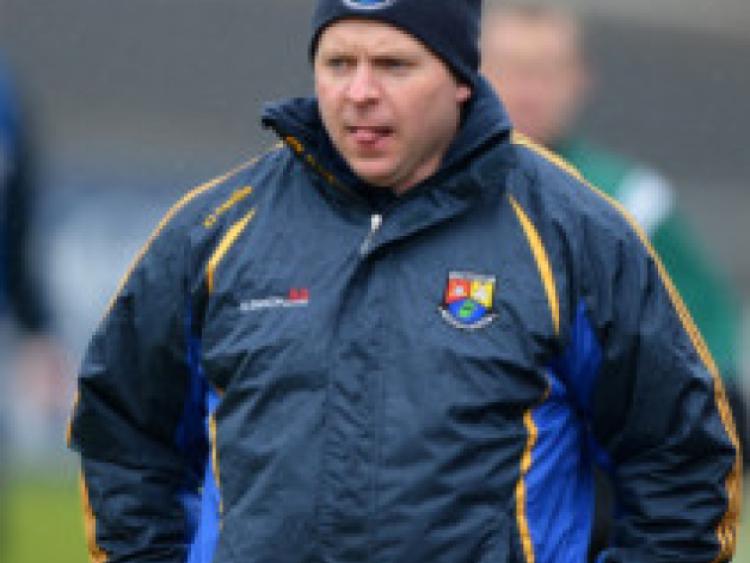 After defeating Laois in the Leinster Minor Football Championship last year, Longford manager Martin Mulleady hopes his side can repeat that success this year when the counties clash in the first round at O’Moore Park, Portlaoise on Wednesday evening next, April 17th.

Home advantage though was the key for Longford last year and Mulleady feels that playing in O’Moore Park could help Laois this time around: “We always struggle down there. It’s an advantage for Laois and that’s why they will be favourites to win this game. Having a home game means an awful lot. But we have a good team and we will be hoping that we can upset the odds,” he told the Leader.

Although the main focus for Mulleady is how his own team perform, he has done a bit of research on Laois ahead of the game: “We have done a bit of homework on them and they are a proven side. They will be hard beaten and it’s going to be a tough task in O’Moore Park. Laois are a strong, physical team who rely on a few players and would be quite similar to Galway. Their power would be the thing we have to match and I think we can do that.”

Longford have done some work in terms of strength and conditioning and Mulleady feels that is a big advantage for his side. He’s delighted with how the game is being developed in the county: “Minor football at the moment has been taken to another level in Longford, especially with strength and conditioning training. I have also got a very good team with me and we are getting a lot of support from the county board. We want to produce players who can go on and represent the county in the U-21 grade and then at senior level and we have done that over the last number of years.”

With quite a few of the county minor panel involved with Cnoc Mhuire, Granard who are playing in the All-Ireland Vocational Schools Senior ‘A’ Football Championship Final at Croke Park on Saturday, Mulleady hasn’t been able to work with his full squad of players in recent games but it has given fringe players a chance to impress: “We have been trying to work along with Cnoc Mhuire and give them a chance to win an All-Ireland and not giving lads too much football. In saying that we have a good panel and it’s giving lads who maybe wouldn’t have featured as much a chance to play. We have seen different players and we have options now. In fairness to the lads in Cnoc Mhuire, they are probably some of the stronger players in the Longford minor squad but there are now lads there that are knocking on the door in the competition for places on the team.”

Martin Mulleady believes that if Longford can get past Laois next week then anything is possible in the championship after that: “Hopefully we can get through the first round and take it from there. To win a Leinster title you need a bit of luck and hopefully that will favour us against Laois and see where it brings us.”

The following was the Longford line-out in the 2-10 to 2-8 defeat against Galway in the Connacht Minor Football League game at Glennon Brothers Pearse Park on Sunday March 10th:

Subs used:- Cormac Hughes (St. Colmcille’s), Rian Brady (Northern Gaels) and Fergal Sheridan (St. Colmcille’s). Unable to play against Galway due to a slight injury was Liam Sullivan (Granard/Ballymore), who is the captain of the Longford minor squad this year.