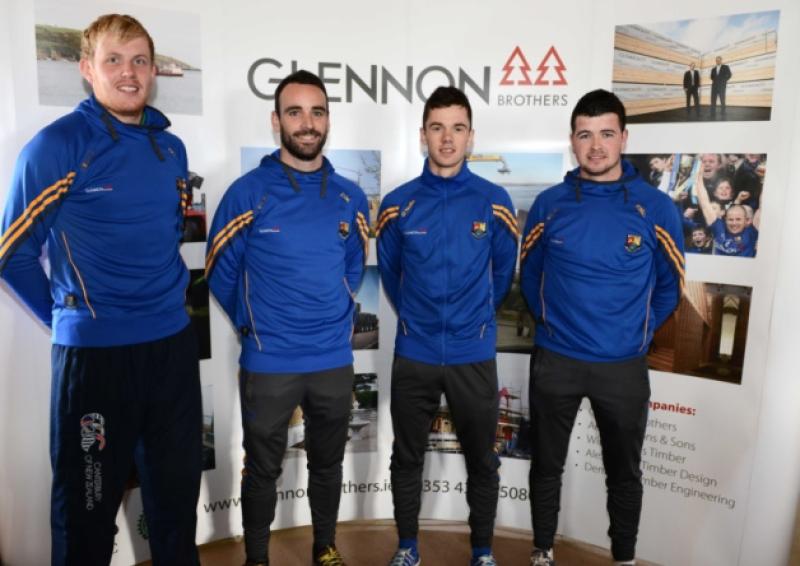 Longford head for Croke Park on Sunday next in the hope of making it difficult for Dublin (throw-in 4pm) and while there are those who dream of springing a sensational shock, the reality is that the county senior footballers are facing a mission impossible.

Longford head for Croke Park on Sunday next in the hope of making it difficult for Dublin (throw-in 4pm) and while there are those who dream of springing a sensational shock, the reality is that the county senior footballers are facing a mission impossible.

While the injection of fresh young blood inspired a wonderful win over Offaly in the opening round and the team were really courageous in battling back from seven points down to eventually come out on top in Tullamore, taking on the might of Dublin is a massive step up in class.

A daunting task, to say the least, and while we are only at the quarter-final stage of the Leinster Championship it’s a big deal for Longford to be in the spotlight for a change and particularly so with the game being broadcast live on RTE.

The mix of youth and experience worked well for the management team in crossing the first hurdle and while it was a good boost for the future of Longford football, a decent display is needed against Dublin to keep the momentum going for the All-Ireland qualifiers down the road.

Whether the current Longford team are capable of doing that remains to be seen but no matter what happens at Croke Park on Sunday, this is a great opportunity for the players on the biggest stage of all.

There is always a lot of hype when Dublin play in the championship and the indications are that their cautious manager Jim Gavin will be taking absolutely nothing for granted in the view that he will field his strongest possible side against Longford.

Injuries ruled Paul Flynn and Michael Darragh McAuley out of the recent Division 1 final with Dublin running riot to crush Cork by 11 points on their way to winning the premier National League title for the third year in a row.

Flynn and McAuley will probably be back to face Longford along with Rory O’Carroll who sustained a hamstring strain in the league decider against Cork, although the full-back is considered a doubt. But definitely out is powerful full-forward Eoghan O’Gara, a long term casualty.

But Dublin have such a strong squad at their disposal and no matter what 15 players start in their opening championship fixture, a comfortable victory is expected for them with the odds so heavily stacked against Longford who are a 25/1 shot with Paddy Power bookies.

The Dubs, on the other hand, are 1/50 (Boylesports) to advance to a semi-final showdown against Kildare or Laois and leading the charge for another crack at All-Ireland glory will be the probable half-back-line of James McCarthy, Cian O’Sullivan and Jack McCaffrey - a serious unit at their best.

Denis Bastick looks set to start at centrefield alongside a fit again Michael Darragh McAuley, with Brian Fenton another option in this sector, while Diarmuid Connolly, Paul Flynn (if fit to start), Bernard Brogan, Ciaran Kilkenny, Kevin McManamon and Dean Rock are all top quality forwards who will take some stopping.

When you add goalkeeper Stephen Cluxton and other defenders Rory O’Carroll, Philly McMahon and Johnny Cooper to that impressive list, there would appear to be no weak links on the Dublin team who are the short priced 11/8 favourites to win the All-Ireland in their quest to capture the Sam Maguire Cup for the third time in the space of five years.

Tomas Brady, Cormac Costello, Paddy Andrews, Emmet O’Conghaile, Michael Fitzsimons, Ger Brennan, John Small and Darren Daly are other members of the star-studded Dublin squad while back in the frame is the vastly experienced Alan Brogan who may not be ready for the game against Longford.

Make no mistake about it, this is a real ‘David v Goliath’ clash and there is very little chance of the small county from the midlands performing a giant killing act at Croke Park. But let us not forget that Longford did score a sensational win over Derry at Celtic Park in Round 1 of the All-Ireland qualifiers last year.

Dublin last suffered a defeat in the Leinster Championship back in 2010 when they crashed to a crushing 5-9 to 0-13 defeat against old rivals Meath in the semi-final but have grown from strength to strength since then.

Confidence must be extremely high among the current crop of Dublin footballers and there will probably be some complacency when they take to the pitch on Sunday.

After all, no less than eight Longford players made their Leinster Senior Championship debuts against Offaly at O’Connor Park and five of those were U-21s this season - notably Dessie Reynolds, Ross McNerney, Liam Connerton, Rory Connor and Cian Farrelly.

When you throw Ronan McEntire, Paddy Collum, Barry McKeon and Barry O’Farrell into the equation, youth is certainly getting a fling under the Jack Sheedy regime as the former Dublin All-Star looks forward to facing his native county.

Providing the experience on the present Longford team are Dermot Brady, Barry Gilleran, Diarmuid Masterson, Francis McGee, Brian Kavanagh and Peter Foy but injury could rule McGee out of the big match against Dublin.

The Dromard clubman sustained elbow damage that forced him to retire just before the break in the first round clash against Offaly and might miss the Croke Park encounter.

Brady, Kavanagh and Foy all featured in the previous Leinster Championship clash against Dublin at a packed Pearse Park back in 2006 when the attendance of over 15,000 almost witnessed a shock result as the visitors were fortunate to win the quarter-final by the narrow margin of two points, 1-12 to 0-13.

But it was a completely different story at Croke Park in 2005 when Dublin cruised to a very easy 2-23 to 0-10 win in the first round of the Leinster Championship and the Longford supporters were very demoralised back then.

Hopefully, that will not happen again in the latest showdown between the counties and that Sheedy’s side will give it their best shot in front of the big attendance with the Dublin v Galway hurling championship clash (2pm) also on the programme.

Michael Quinn has a big part to play on a Longford team currently going through a transition period and the talented Killoe player will be very determined to make his presence felt against what many GAA pundits feel are the best team in the country at this moment in time.

There is no doubting Dublin’s superiority and that will probably be reflected in the final scoreline at Croke Park on Sunday. But that should not stop the Longford supporters going in force to Dublin to get behind the county team who gave everyone such a big lift with the victory over Offaly.