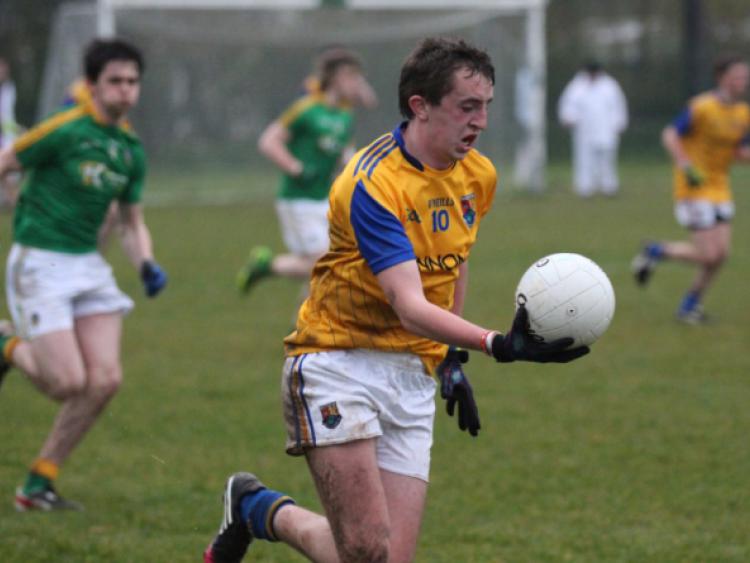 Longford came away from Mohill on Saturday evening last with a hard earned draw against Leitrim in their fourth game in the Connacht Minor Football League and their remaining fixture is at home to Sligo on Saturday next.

Longford came away from Mohill on Saturday evening last with a hard earned draw against Leitrim in their fourth game in the Connacht Minor Football League and their remaining fixture is at home to Sligo on Saturday next.

As is their habit Longford started brightly with a Cathal McCabe point but Leitrim quickly countered with two scores and started to get on top, leading by 0-6 to 0-4 after 15 minutes.

But Longford hit back to score a goal when Shane Kenny finished a well worked move to the net and from there until half-time both sides traded points with the visitors going in at the break leading by the minimum of margins, 1-6 to 0-8.

The half-time talk obviously inspired Leitrim as their first two attacks on the changeover yielded a goal and a point as they hit the front. Longford then lost Cian Brady to an unpunished tackle and then lost Ciaran Donohoe to a harsh black card shortly after scoring his third point.

Leitrim’s lead was extended back to 3 points after being awarded a close in free, when everyone in the ground were expecting the referee to give a free out.

However, Longford took control of the game after this strange decision and will rue some poor decisions in shot taking, leading to a number of wides, but they managed to snatch a draw in a storming finish that yielded three points from Shane Kenny.

The drama wasn’t over as a late Leitrim free was prevented from going over the bar by a Longford hand and the danger was cleared.

It was a good work-out for Longford, minus the services of Conor Berry, Rian Brady, Aidan McElligott and Jayson Matthews, and Gareth Johnston’s squad are shaping up well for the Leinster Championship first round clash against Dublin at Pearse Park on Saturday April 19th.