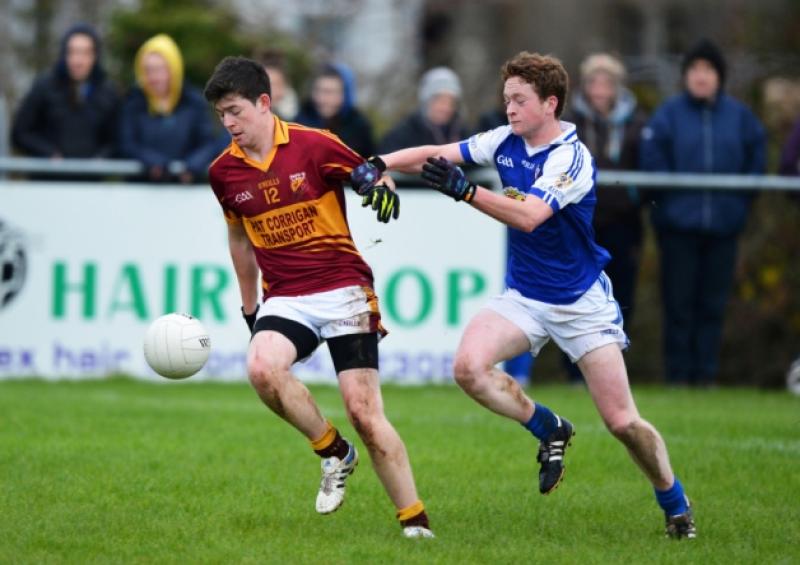 Diarmuid Cooney’s first half goal proved to be the difference as Fr. Manning Gaels booked their place in the final of the U-21 ‘A’ Championship after getting the better of Granard at Maguire Park in Ballinalee on Sunday last.

Diarmuid Cooney’s first half goal proved to be the difference as Fr. Manning Gaels booked their place in the final of the U-21 ‘A’ Championship after getting the better of Granard at Maguire Park in Ballinalee on Sunday last.

The Drumlish/Ballinamuck side really should have won this game by more and were wasteful on a number of occasions with their poor finishing. There was just two points between the sides in the final minute of the game but the Gaels tagged on two insurance points in additional time.

The Gaels opened the scoring in the 7th minute when James Noonan converted a free and were then denied by the Granard keeper Eoghan Mallon who made two good saves to keep his net intact.

Granard got their first point in the 11th minute when Darren Gallagher fired over a free and had valid claims for a penalty in the 21st minute when Sullivan’s effort came off the post and there was a footblock on Timmy Jackson’s shot.

Two minutes later Diarmuid Cooney got the Gaels goal when he chipped the ball over the head of the Granard keeper Eoghan Mallon. Ciaran Mallon (free) and Ian Small then got points for Granard who trailed by 1-1 to 0-3 at the break.

But the Gaels made a good start to the second half with a neat point from Darren Farrelly and a well struck free from James Noonan. Granard responded with a point from Ian Small before Paddy Collum’s ’45 was fisted over the bar by Diarmuid Cooney. Two Granard frees converted by Ciaran Mallon closed the gap to the minimum of margins, only for the Gaels to hit back with a point apiece from Diarmuid Cooney (free) and Emmet Noonan.

With time running out Granard went in search of a goal but it was the wrong option because they squandered chances of getting points. Darren Gallagher and Ciaran Mallon fired over two frees for St. Mary’s but Dean Cosgrave, Diarmuid Cooney and Emmet Noonan scores secured the victory for the Gaels.