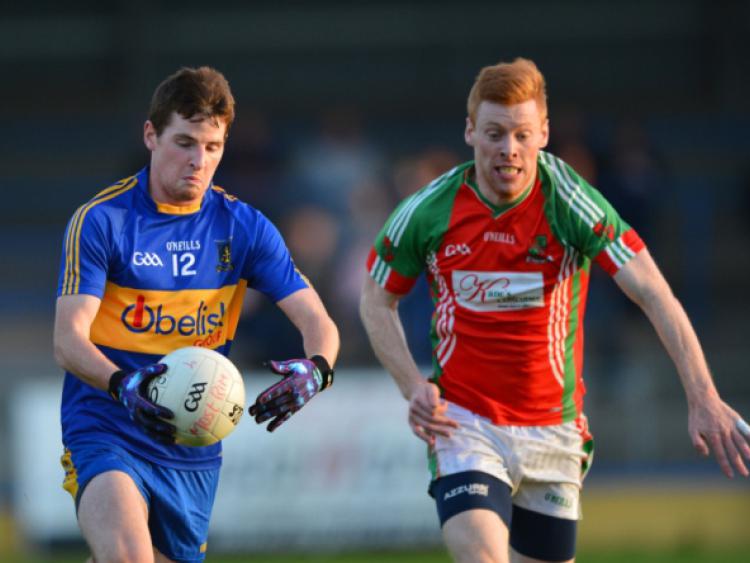 Two second half Cian Mimnagh goals set Dromard on their way to a place in the Senior Championship semi-finals.

Two second half Cian Mimnagh goals set Dromard on their way to a place in the Senior Championship semi-finals.

Mimnagh’s first goal came two minutes after the break from a penalty and three minutes later he raised the green flag again. He was superb throughout and racked up 2-5. Brian Farrell netted a 51st minute goal for Mostrim to put some respectability on the scoreline.

It was Mimnagh that registered the opening score with a wonderful 2nd minute point. Cillian Lynn replied with a free for Mostrim before Francis McGee fired over. Points from Gerard Smith and Shane Kiernan edged Mostrim ahead by one but Jamesie Martin levelled with a free. Mostrim were ahead by two in the 23rd minute with points from Lynn and David Morgan but before the break three points in a row from Mimnagh put Dromard in front by the minimum – 0-6 to 0-5.

That lead was four two minutes after the interval when Mimnagh dispatched a penalty after Ross McNerney had been fouled. He followed that up with his second goal three minutes later.

Points from McGee (’45), Mimnagh and Ross McNerney stretched Dromard’s lead to 10 points in the 42nd minute. Mostrim were stunned and knew they needed a goal. In the 43rd minute Farrell smashed the crossbar with a powerful shot and three minutes later they were reduced to 14 men when Niall Quinn was sent off.

Another Martin free put Dromard ahead by 11 in the 49th minute before Mostrim finally got their first score of the second half; a quick free from Tuite was played to Farrell and he netted. Frees from Martin and Declan Mimnagh extended Dromard’s advantage to 10 points with six minutes remaining. Farrell closed the scoring with a Mostrim point and Dromard now await the winners of the Abbeylara v St Columba’s replay.