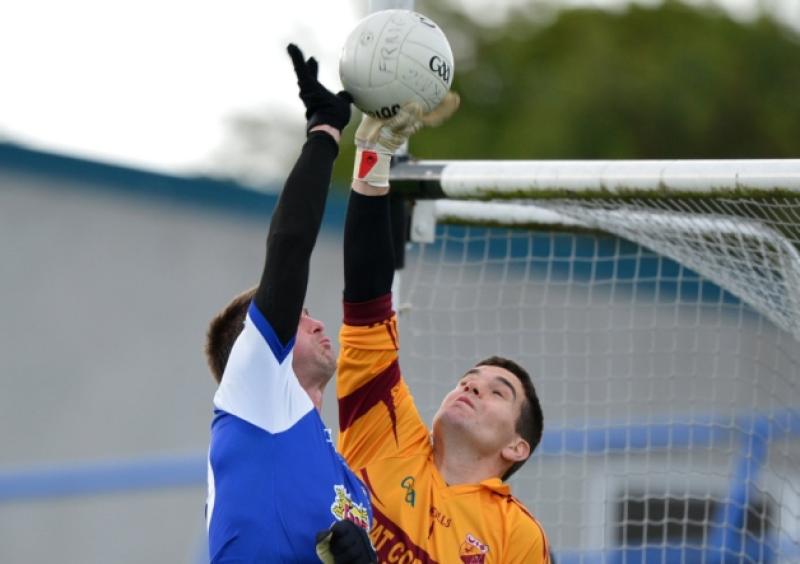 St Mary’s have it all to do if they are to avoid a swift return to the Intermediate Championship for next year.

Last year the Granard side claimed the Intermediate title after suffering the disappointment of relegation the previous year. They now have to beat Ballymahon in their final game by at least five points if they are to retain their senior status. The win was bittersweet for the Gaels because due to scoring differences they can’t stay up.

It was a tight first half with very little between the sides. Dylan Quinn opened the scoring for the Gaels with less than a minute gone but Granard hit over three in a row to put them ahead by two in the 8th minute. The sides were level in the 13th minute with the Gaels firing over three points and Granard’s only reply was a neat point from Liam Sullivan.

Gaels stretched the lead to two in the 17th minute but Granard were ahead three minutes later thanks to a Stephen Lynch goal. The game swung in the Gaels favour just before the break before Granard levelled through Ciaran Mallon.

A Noonan point and a goal from Martin Cassidy put the Gaels ahead by four in the 39th minute but two nice Sullivan points cut the gap to two in the 41st minute.

Derek Sheridan put Granard ahead in the 47th minute with a goal but the Gaels fought back to draw the game level on two occasions. They clinched the win in the final five minutes with a Darren Farrelly goal.