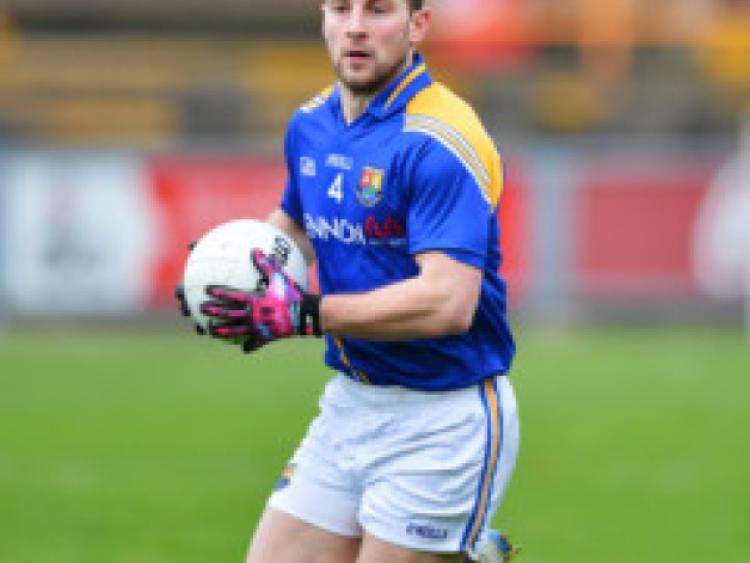 Longford Slashers struggled to a two point victory against Rathcline in the opening round of the Division 1 Football League at Michael Fay Park on Sunday last. Slashers had newcomers Peter Foy (ex-Cashel) and Marc Diffley (ex-Sean Connolly’s) in action while the return from England of stalwart Dominic Glennon added certain steel to a defence that was without county full-back Barry Gilleran.

Niall Mulligan and Mark Smith were also notable absentees as the reigning Division 1 league champions held on at the finish after a spirited comeback from Rathcline in the second half.

Colin Smith found his range early on and a 1-2 contribution from the full-forward saw Slashers lead 1-4 to 0-1 after 15 minutes. Trevor Clendenning and Martin Nevin were also on target while Patrick Mullooly replied for Rathcline.

Further scores from Smith, Nevin and Philip Dobson saw Slashers push 9 points clear after playing with a very strong wind in the first half. Patrick Mullooly and Paul Kelly exchanged scores late in the half which left Slashers in a comfortable 1-8 to 0-2 lead at the break.

Under new manager Gerry Lynn, Rathcline made much better use of the wind on the changeover. They persisted in delivering long ball into their full-forward-line, using the strength of the gale at their backs as a means of rattling the opposition. Their very first attack in the second half yielded a James Hanley goal and while Colin Smith pointed for the home side, the ‘Raths’ soon took over.

However, substitute Andrew Dalton relieved some of the pressure with a point and that proved to be the last score of the game as Slashers stuttered to a first win in the 2013 season.