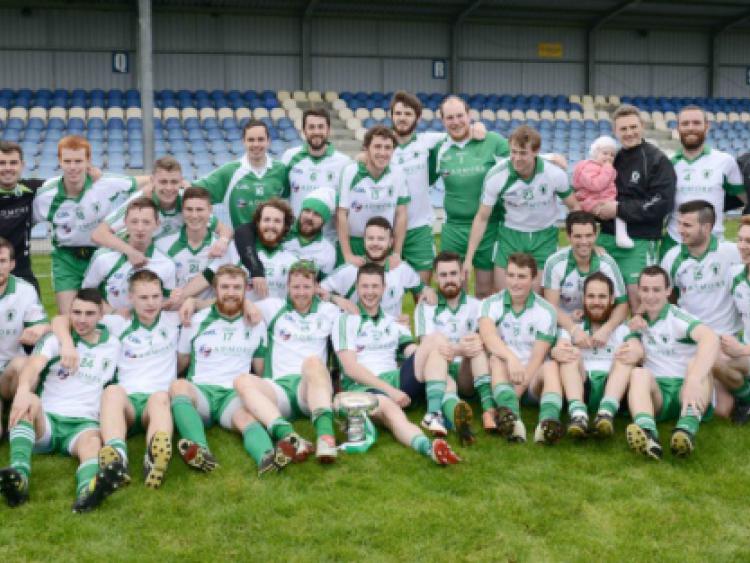 All the damage was done in the first half as Killoe built up a commanding ten points lead, mainly due to a couple of decisive goals in quick succession, and there was no way back for Mullinalaghta in the Senior Football Championship Final at Glennon Brothers Pearse Park on Sunday.

Watched by a very big attendance in the region of 4,500 aided by a dry day, the nervous tension of the major occasion got to St. Columba’s who were guilty of making a lot of mistakes in the first half and there was just no stopping the rampant Emmet Og side who made very good use of the wind advantage to lead by 2-8 to 0-4 at the break.

The Mullinalaghta club were appearing in the county senior final for the first time in 62 years and while there were high hopes for the current squad, the chances of a shock win were shattered with those two goals - cracking strikes from Denis McGoldrick and ‘impact’ substitute Larry Moran in the 23rd and 25th minutes.

Game, set and match to Killoe who sat back on the cushion of their big advantage for most of the second half and succeeded in operating a most effective defensive gameplan in preventing Mullinalaghta from getting the goal they so badly needed.

Read the full report and reaction in next week’s Longford Leader, on sale on Wednesday