Longford’s blend of youth and experience seek another Leinster success 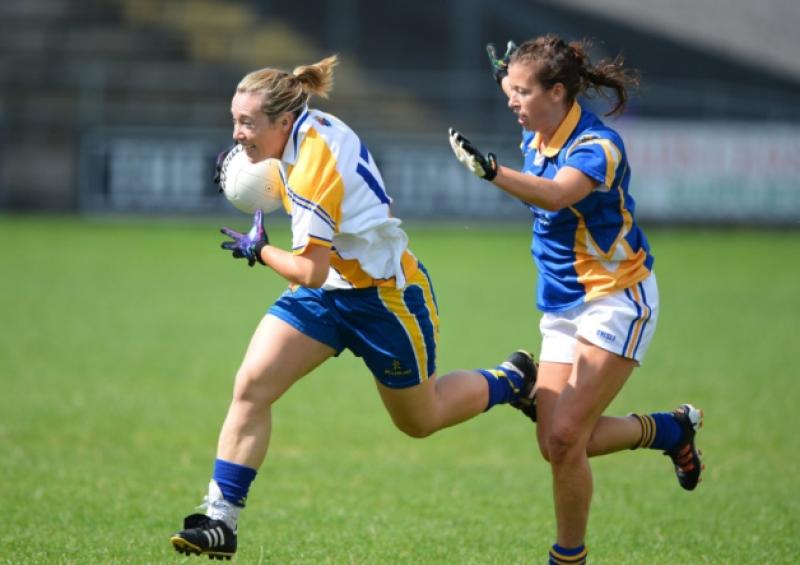 On Sunday next at the Clane GAA grounds in Co. Kildare, the Longford ladies are bidding for a most significant achievement - a second three-in-a-row in the Leinster Intermediate Football Championship in the space of 7 years and the opposition in the 2014 title decider are Offaly (throw-in 2pm).

On Sunday next at the Clane GAA grounds in Co. Kildare, the Longford ladies are bidding for a most significant achievement - a second three-in-a-row in the Leinster Intermediate Football Championship in the space of 7 years and the opposition in the 2014 title decider are Offaly (throw-in 2pm).

Speaking to the Leader, the Longford manager John Higgins said retaining the Leinster title was the focus for them this season. “At the start of the year this is what you set your stall out for; retain Leinster and go on from there. You use the league as a stepping stone and that’s what we did. We brought in a lot of new young players and freshened up the squad. The league was a great experience for them. That experience is coming to the fore now and we saw that against Wicklow in the semi-final of the championship. They are now up to the standard of county football and that’s thanks to the league.”

It’s a changed squad from the one that reached the All-Ireland quarter-final against Tipperary last year. Higgins admitted the biggest part of his job this year was blending youth and experience. He’s delighted with the way things are going and is hopeful for the future.

“The biggest challenge this year was the youth in the panel but they are a great bunch of girls. The attitude is right and they are very determined. This team is eventually going to go a long way and they are on the right track. The future of Longford ladies football is bright. Going forward the talent is there.”

Apart from Westmeath winning the title in 2011, Longford have been the dominant force in Leinster at Intermediate level. But Higgins admitted that their record in the competition will count for nothing on Sunday when they face a very good Offaly side.

“We have a great track record in Leinster but Offaly are the reigning All-Ireland Junior Champions. They are a team to be feared and they brought new life into the championship because before that it was just between Longford, Wicklow and London. It’s great to see that extra competitive edge.”

Longford overcame a determined Wicklow side in the semi-final; turning in a fine display in extra-time to emerge victorious. The performance in the additional period after the match finished in a draw at the end of normal time pleased Higgins but he knows they have to improve if they are to defeat Offaly.

“There are things we need to work on and get it right. We really saw the true Longford team in extra-time. I have to praise the attitude, determination and pride that the girls showed to reach the Leinster final. They were exceptional and I was extremely proud of them. But we now have to transfer that into a 60 minute performance against Offaly if we are to win the title.”

Although Offaly were relegated from Division 3 of the National League this season, Higgins feels that the faithful county will be favourites for Sunday’s game. They got the better of last year’s beaten Leinster finalists London in the semi-final and after the league campaign, a number of last year’s All-Ireland Junior winning squad came back for the championship.

“We are taking nothing for granted against Offaly who will be hard beaten. They will go into the game as slight favourites after winning the All-Ireland Junior title last year. We beat them in the league but that result will matter little with a lot more at stake on Sunday. They have players back who did not play in the league,” said a cautious Higgins

Longford have a few injuries to contend with for the game with Mairead Moore definitely out with a hand injury while Aoife Darcy and Michelle Farrell are rated doubtful. John Higgins believes that whatever team lines out on Sunday will put in a big performance against Offaly.

“A couple of younger girls who graduated from the minor panel are waiting for their chance to shine. That’s the beauty of the strength in the Intermediate squad. If we perform to our potential I have no doubt in my mind that we are good enough to win Leinster.”

The Longford line-out in the semi-final against Wicklow in Arklow: