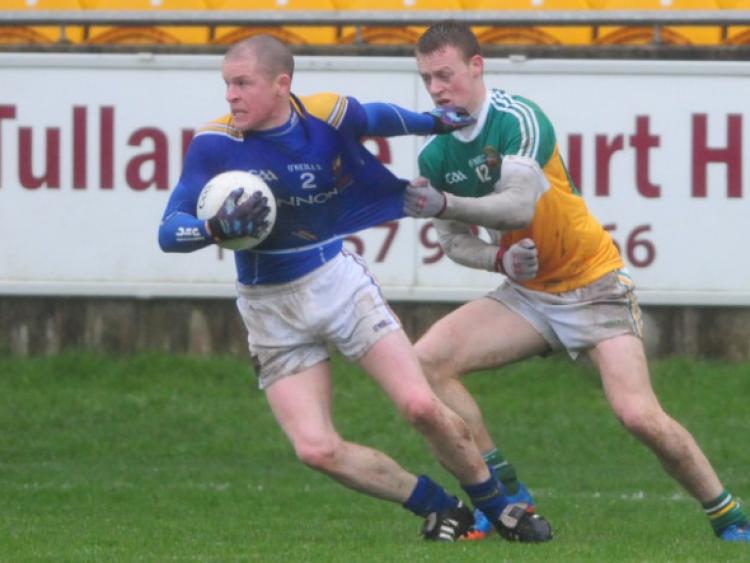 After coming in for a lot of criticism after the most disappointing manner in which Longford were relegated to Division 4 of the National League, the under pressure manager Jack Sheedy will be hoping that his side can halt the slide with a Leinster championship win over Offaly at Glennon Brothers Pearse Park on Sunday next, throw-in 3.30pm.

After coming in for a lot of criticism after the most disappointing manner in which Longford were relegated to Division 4 of the National League, the under pressure manager Jack Sheedy will be hoping that his side can halt the slide with a Leinster championship win over Offaly at Glennon Brothers Pearse Park on Sunday next, throw-in 3.30pm.

While home advantage in the first round clash is certainly a bonus, Longford are lacking in confidence in the build-up to the most important game of the year and are badly in need of a victory to salvage something from a demoralising season so far.

But at least the squad is now nearly back to full strength, with the notable exception of the long term injured defender Declan Reilly while U-21 player Robbie Smyth is also out as he was unavailable for selection with the seniors.

With other players missing throughout the terrible league campaign that yielded just a couple of wins (at home to Fermanagh and away to Offaly), Sheedy did a lot of tinkering with the team in introducing a big number of newcomers but at least they got a chance to stake a claim for a starting spot in the match that really matters on Sunday.

Promising Killoe forward Mark Hughes looks capable of making the desired impact at senior level but it remains to be seen whether he is selected on the first fifteen to face Offaly, particularly with such experienced attackers as Paul Barden and Brian Kavanagh back in action.

The return of Barden and Kavanagh is a big boost, to say the least, and with Sean McCormack, Michael Quinn and Francis McGee also figuring up front there is plenty of scoring power in a strong forward division that are well capable of amassing a winning tally against Offaly.

There is also the option of moving Michael Quinn back to centre-half-back, where he made such a commanding presence during the Glenn Ryan reign, and with other well established defenders in Dermot Brady, Barry Gilleran, Shane Mulligan and Enda Williams the team in general has a more settled look about it.

John Keegan will almost certainly start at centrefield and could be partnered by Michael Brady or Kevin Diffley with Niall Mulligan (back in action after a lengthy absence) also in contention to face Offaly. No matter what the midfield combination happens to be, Longford really need to perform well in this vital sector in their bid to make further progress in the championship.

Centrefield has been a problem area in the recent past and the county could be hard pressed to gain the upper hand against the probable Offaly pairing of Niall Smith and rising star Eoin Carroll, the latter one of a number of talented U-21 players currently in the senior squad. The faithful county sprang a big surprise when beating Kildare in the Leinster U-21 Championship this year before losing out to Meath in the semi-final. And another of their rising young stars is Peter Cunningham who fired over five points from play against Longford in the National League Division 3 encounter at O’Connor Park in Tullamore back in March.

Longford won that game in fairly emphatic fashion, 1-15 to 1-10, despite squandering no less than four goal chances and will feel that they are good enough to confirm their superiority over Offaly who also suffered the severe setback of relegation to Division 4 in the process of failing to win any of their league fixtures.

At least they got a bit of a break when they drew away to Fermanagh in a meaningless final round game but the midlanders should have ended their losing sequence on that occasion as the home county snatched a late, late equalising goal.

Since then there has been better news for Offaly manager Emmet McDonnell (in his second season in charge) with the return of vastly experienced defenders Shane Sullivan and Brian Darby along with prolific forwards Paul McPadden and Ken Casey - all of whom missed the league match against Longford. According to reports, Offaly are quietly confident of getting past the first round and are going well in training in their preparations for what they consider a ‘very winnable game against Longford’ but manager McDonnell is sweating over the fitness of key defender Paul McConway who is gradually recovering from a calf tear. But the player that Longford must fear most is Offaly’s top quality forward Niall McNamee, who is capable of causing havoc such is his ability to get the vital scores from both frees and play, and he is unquestionably the dangerman. Anton Sullivan is another big threat in the Offaly attack, who possess a lot of pace, and in the heat of the championship battle the faithful county will probably prove difficult to beat with the general opinion suggesting that there is little between the sides.But in the belief that playing at Pearse Park can develop into a decisive factor in Longford’s favour, providing they improve considerably as a collective unit on their poor league form, the indications are that Jack Sheedy can guide the county to a morale boosting win over Offaly in the Leinster Championship in the quest to earn another home game against Wexford in the quarter-final on June 7th/8th.