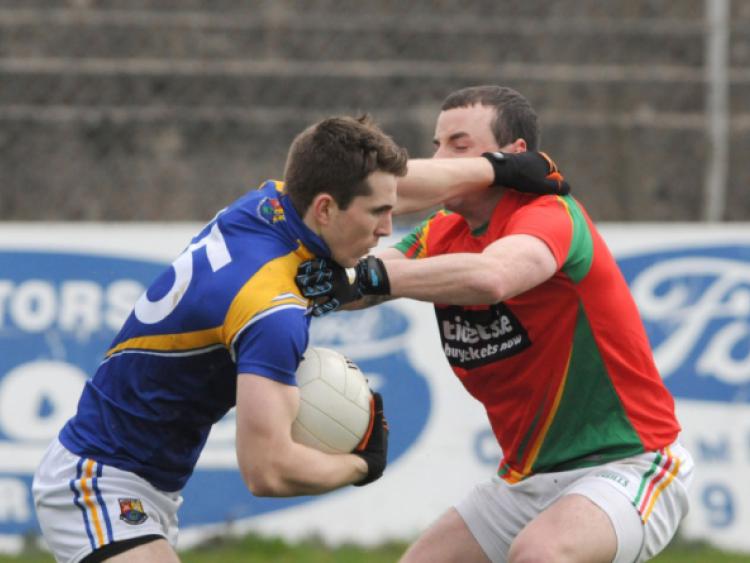 Young guns Dessie Reynolds and Liam Connerton, making their first start for the county seniors in the championship, were on fire as Longford conquered Carlow to book their place in Round 2A of the All-Ireland Qualifiers.

U-21s Reynolds and Connerton shot the crucial goals in the 48th and 50th minutes as Longford gradually asserted their superiority to lead by 2-8 to 1-6 with Daryl Roberts hitting the net for Carlow in between as a dull game finally burst into life.

But the first half was a torrid affair with Longford having to settle for a slender 0-7 to 0-4 lead at the break with the scores coming from Brian Kavanagh (4), Liam Connerton (2) and Diarmuid Masterson.

Carlow managed to remain in contention thanks to a point-blank save from their keeper Robbie Molloy to deny Connerton while Longford had another great goal chance in first half stoppage time when a shot from Rory Connor was cleared off the line by Darragh Foley.

But with the advantage of the wind in the second half Longford were still in a good position and they ended up outscoring Carlow 2-8 to 1-4 during the remainder of the game.