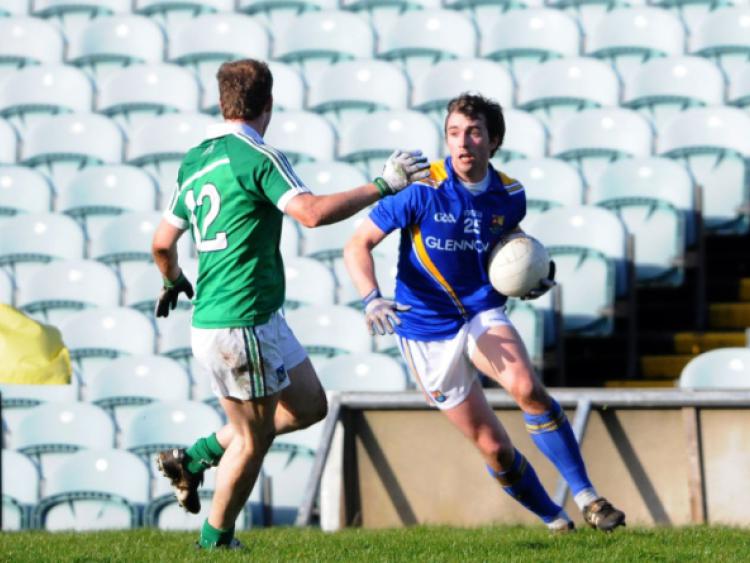 After suffering a second defeat in Division 3 of the National League, going down against Limerick at the Gaelic Grounds on Sunday last, Longford are now facing a serious battle to avoid relegation and were really rattled after conceding a couple of crucial goals in the second half of this latest disappointing setback.

After suffering a second defeat in Division 3 of the National League, going down against Limerick at the Gaelic Grounds on Sunday last, Longford are now facing a serious battle to avoid relegation and were really rattled after conceding a couple of crucial goals in the second half of this latest disappointing setback.

Jack Sheedy’s side were left to rue a lot of missed chances during the course of the game, kicking a total of 12 wides which included at least two great goal chances in the first half. But the midlanders were still very much in contention when they closed the gap to just three points after trailing by 0-9 to 0-3 at the break.

Longford had the advantage of the wind on the changeover and following points from Peter Foy (after just 30 seconds), Sean McCormack (free) and Brian Farrell in the space of six minutes, the small band of away supporters in the sparse attendance had every reason to feel optimistic about the chances of achieving a positive result.

But Longford were dealt a real sickening blow in the 48th minute when roving Limerick full-forward Ger Collins was allowed to cut in from the right wing before blasting the ball into the back of the net. While a well struck point from half-time substitute Padraig Gill gave Longford a glimmer of hope, Limerick struck the killer blow when Seanie Buckley converted a penalty in the 58th minute.

Once again, it was the result of some very slack defending that presented Limerick with the opportunity to create their second goal as Ger Collins weaved his way through in from the right and was subsequently brought down in the square by another half-time substitute Shane Mulligan.

Things went from bad to worse for Longford in this same incident as Mulligan was shown a black card for the cynical foul on Collins and was sent-off with Daniel Keogh the replacement. There was no way back for a stunned Longford side at this stage, trailing by 2-10 to 0-7, although they did battle it out to the bitter end and were rewarded with consolation points from Brian Farrell, Francis McGee (2) and Michael Quinn.

With the quality of Paul Barden and Brian Kavanagh so sorely missed, Longford are struggling this season and new manager Jack Sheedy is now facing a very tough task to lift the morale of the squad for the must win game against Fermanagh at Pearse Park when the National League campaign resumes on Sunday March 2nd.

Longford are badly lacking in confidence, clearly reflected in some poor scoring attempts against Limerick, with Sheedy introducing a number of newcomers in this transition period. But it must be said that Mostrim’s Brian Farrell worked really hard in the attack on Sunday last and generally figured prominently, shooting two fine points in the second half.

It might have been a different story had Michael Quinn (back in action for the county after serving a one match suspension) found the back of the net when he blasted a close range shot over the bar for Longford’s opening score in the 11th minute and later on both midfielders Michael Brady and John Keegan had goal attempts saved by the Limerick keeper Donal O’Sullivan in the same attack.

And there was another lucky escape for the home side in the 28th minute when Paul Mc Keon raced through, only to hit the upright when he should have played the ball across to Michael Quinn who was well placed to score a goal. Classy No. 15 Ian Ryan was very much the chief threat for Limerick in the first half, firing over a total of five points (two frees), while the other two Longford scores came from Paul McKeon (from play in the 21st minute) and Sean McCormack, the latter converting a free in the second minute of stoppage time.

While Longford made a bright start to the second half to reduce the arrears, 0-9 to 0-6, there was a warning sign when defender Dermot Brady blocked a shot from Limerick midfielder Thomas Lee right on the line in the 40th minute and the visitors worst fears were realised when the home county got two goals to snatch the victory with those vital scores proving to be the difference in the finish.