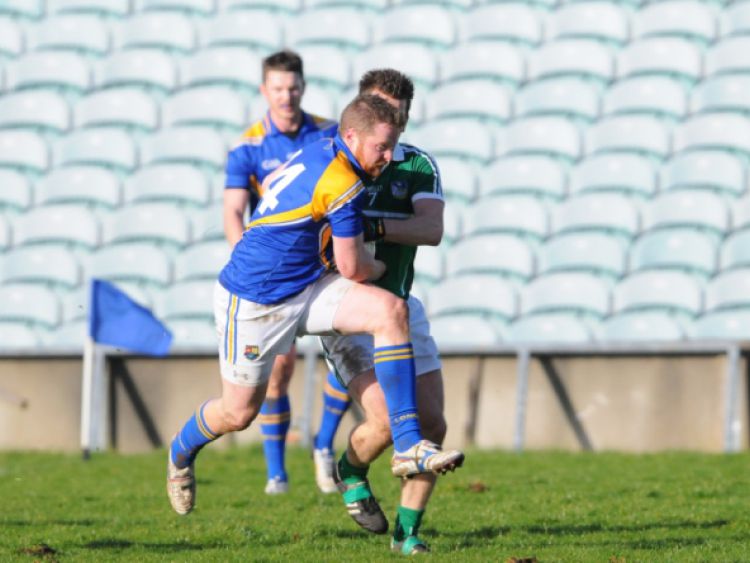 Longford manager Jack Sheedy bemoaned missed chances as his side fell to their second league defeat in a row away to Limerick on Sunday last.

Longford manager Jack Sheedy bemoaned missed chances as his side fell to their second league defeat in a row away to Limerick on Sunday last.

Two second half goals proved crucial for Limerick and the Longford boss told tthe Leader that things could have been different if his side had taken the opportunities that fell their way especially, in the first half: “We didn’t take our chances. We created fairly clear-cut goal chances when playing against the wind that would have kept us right in the game but we didn’t take them.”

Longford’s performance in that first half was poor with the forwards hesitant in front of the posts and taking the wrong options. Sheedy said, “There was a reluctance there to be clinical when they created the opportunity and it kind of fed back through the team. We took the wrong options at times and that hurt us. You can’t afford that. It’s a very tight league so you can’t make stupid mistakes and we made too many of them on this occasion.”

The league now takes a break until the 2nd of March and Sheedy admitted that his side will use that time to work on certain aspects of their game that have let them down in the two opening fixtues. As well as training he has a couple of challenges lined up.

“We will work hard over the next couple of weeks and bring fellas up to speed and try and remedy the situation. The guys are hurting with the two defeats in the league. Their county is very important to them and they understand they have to work harder both on match days and in training.”