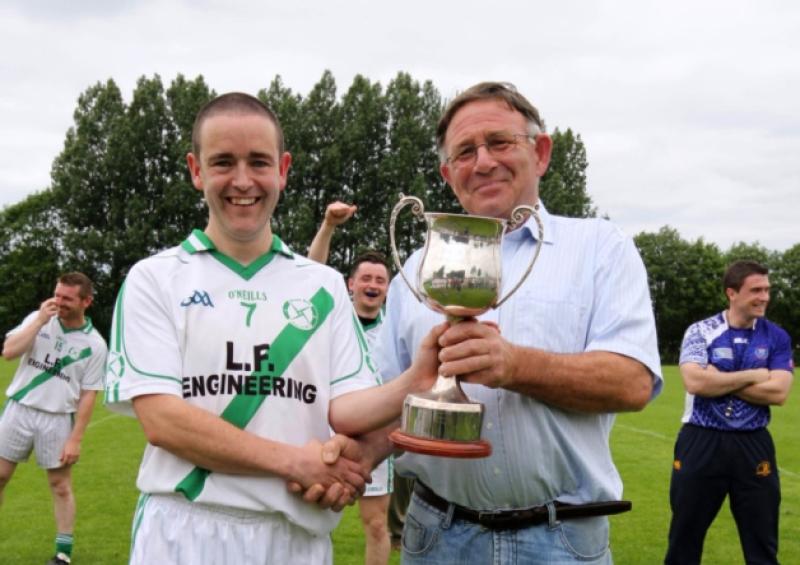 Under the guidance of new manager Colm Glynn, Killashee St. Brigid’s captured the Reserve Football League Division 3 title on Sunday last when eventually pulling away for a comprehensive win over Young Grattans in the 13-a-side final at Michael Fay Park.

Under the guidance of new manager Colm Glynn, Killashee St. Brigid’s captured the Reserve Football League Division 3 title on Sunday last when eventually pulling away for a comprehensive win over Young Grattans in the 13-a-side final at Michael Fay Park.

It was a tight contest in the first half with Grattans holding a slender 0-7 to 0-6 lead at one stage but St. Brigid’s produced a strong finish that yielded five points in a row through Johnny Casey, Francis Dolan, a brace from Willie Skelly (free and play) and Mark Rossitor.

While George Balfe kicked a point in stoppage time to leave Grattans trailing by 0-11 to 0-8 at the break, Killashee (minus the services of injured key forward Padraig Shanley) stepped up another gear to completely dominate the third quarter.

St. Brigid’s played really well to register 1-7 without reply, the killer goal coming from Enda McKiernan in the 39th minute while the points were fired over by Francis Dolan (2), Mark Rossiter (2), Johnny Casey (2) and Willie Skelly.

That glorious spell for Killashee put the issue beyond all doubt and winning the league title is a good boost for the club.

Pat Farrell produced a great save to prevent Grattans scoring a goal in the early stages of the game and it developed into a real ding-dong battle before St. Brigid’s gradually asserted their superiority.