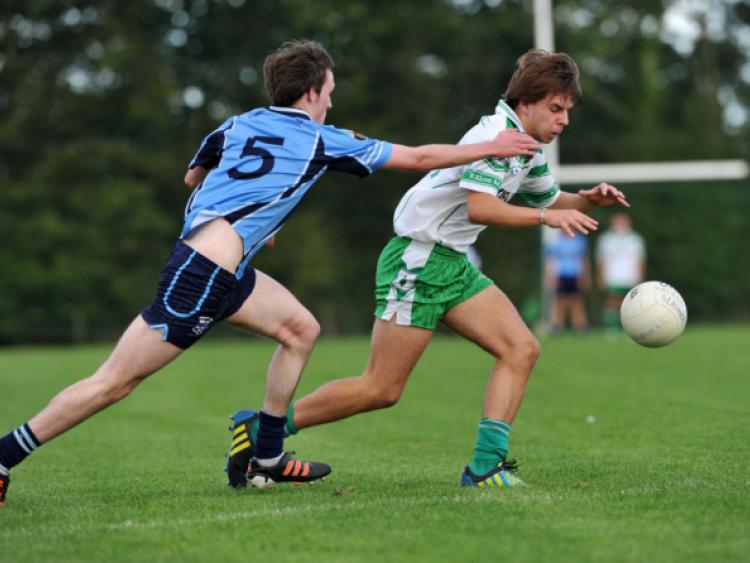 Two goals in the space of the opening minute of this semi-final clash at Devine Park, Mostrim last Saturday evening effectively booked Killoe’s place in the Minor ‘A’ Football Championship decider on Sunday October 6th.

Two goals in the space of the opening minute of this semi-final clash at Devine Park, Mostrim last Saturday evening effectively booked Killoe’s place in the Minor ‘A’ Football Championship decider on Sunday October 6th.

Shane Thompson and then Liam Hughes breached the Slashers defence in what ultimately turned out to be a rather one-sided contest. But it was perhaps the intervention of centre-half-forward Larry Moran who proved to be the difference as he posted a personal tally of 1-6 to pave the way for a final spot against Northern Gaels.

Despite their dreadful start, Slashers did respond thanks in part to the accurate free taking of Robert Clarke. The corner-forward scored four successive points without reply during the first half to leave the scoreline at just 2-3 to 0-6 going into the break.

But barely two minutes of the second half had elapsed when the Killoe dangerman and arguably man-of-the-match, Larry Moran, turned his marker inside out to fire beyond the despairing dive of Daniel Doherty in the Slashers goal. Worse was to come moments later as Paddy Kiernan, Ciaran Donohoe and two further Moran points left Slashers with a ten point mountain to climb.

Robert Clarke and Shane Thompson swapped scores midway through the second half and Larry Moran and Jamie King then tacked on additional points for Killoe with a solitary Robert Clarke score illustrating just how hard it was for Slashers to penetrate a stubborn opposing defence.

Killoe, in fact, might have bagged a fourth goal late on had Liam Hughes opted to go for power instead of a delicate chip over Slashers keeper Daniel Doherty, who managed to parry the ball away to safety. By that stage, it was all over as Larry Moran, Ciaran Donohoe and a well struck 45’ from midfielder Paddy Kiernan put the gloss on what was a comprehensive victory for Killoe.