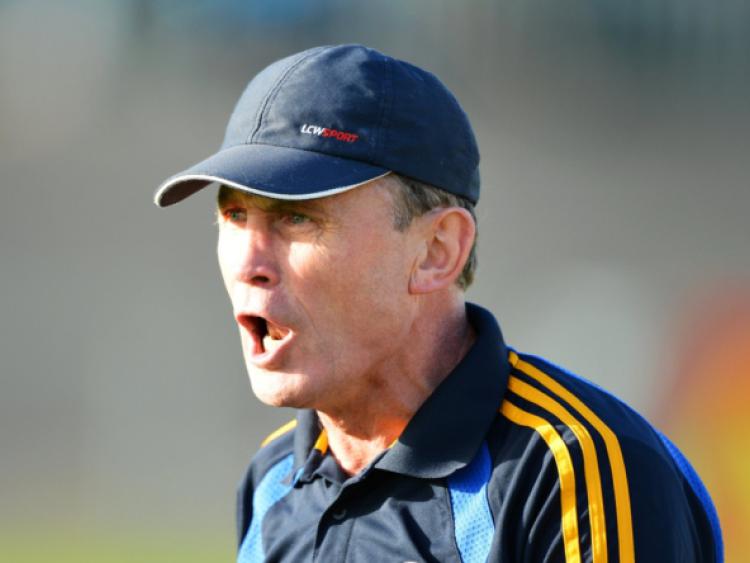 Despite coaching Carrickedmond to the Intermediate Final in his first year in charge, manager Ned Moore admitted that it’s not all about him or the players. He believes the people who have developed and nurtured the players at underage level deserve the plaudits too.

Despite coaching Carrickedmond to the Intermediate Final in his first year in charge, manager Ned Moore admitted that it’s not all about him or the players. He believes the people who have developed and nurtured the players at underage level deserve the plaudits too.

“A lot of people make a big thing about new managers coming into a set-up but you can do nothing unless you have a good squad. A lot of that is done within the club beforehand. I’m only there now and we have got to a County Final but the ones that should take credit for that are the people that brought these lads through at underage level. In fairness, Carrick have a great set-up and have put in a lot of work at underage level,” Ned told the Leader.

Moore is no stranger to county finals himself. The former Mullingar Shamrocks player won 8 titles in 10 years with his club and captained them during that glorious period. He now hopes to clinch the Hennessy Cup in his first year of management in Longford: “County finals are there to be won. Whatever way we take it we have to approach the game in a confident mood no matter what. We need to, if we do win, is to go up and stay up in the senior grade but it will take them a little while to adjust. If we play the way we can on Sunday we will be there or thereabouts,” he said.

But Carrickedmond’s preparations for the Intermediate final have been hampered with injuries to key players, a couple of whom are major doubts for the game. Moore said, “This year has been a disaster with injuries, I have never seen it in all my years of being involved in football. You would like to be able to go into the final with your best 15. The lads that are injured are massive players for the club.”

One thing that has impressed the Westmeath man about Carrickedmond is the great character they displayed in refusing to accept defeat. They showed a never-say-die attitude in the semi-final against Rathcline, coming back from six points down with 10 minutes to go to clinch a dramatic win.

“When Rathcline went six ahead I thought that we were gone but then we got a badly needed goal. Every player then stood up and were counted and that showed the great character that’s in those Carrick lads. They are committed footballers; it’s all about knitting it together and to have a little bit more belief.”

Moore is looking forward to Sunday’s final but admitted Ardagh will provide stern opposition. He believes it will be a tough battle: “Ardagh are one of the clubs that I would have known of down through the years. They are basically a senior club and have a huge tradition. Make no mistake about it, Ardagh will be very hard beaten. They are a physical side with a few elusive forwards and it is going to be a tough battle. We have to make sure that our game is right.”