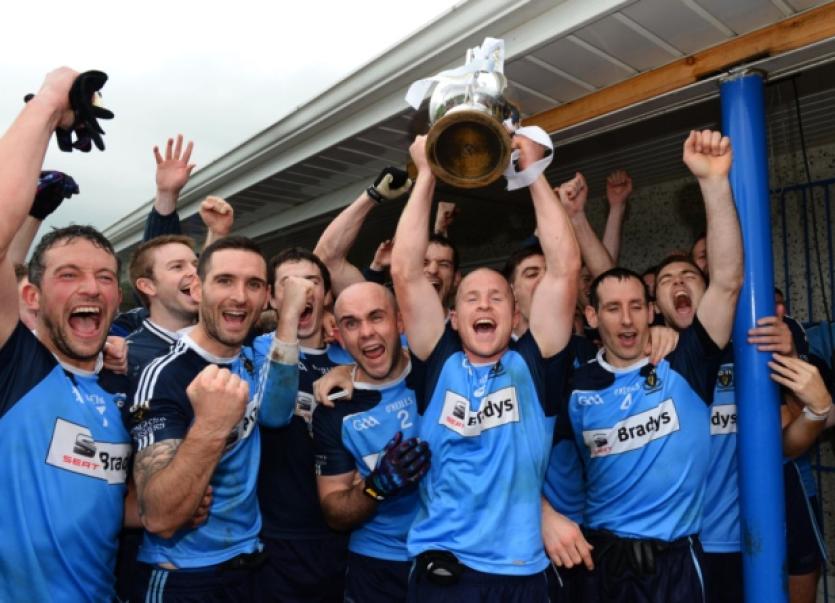 After clashing three times in last year’s Senior Football Championship, neighbouring rivals Abbeylara and Mullinalaghta will meet again in the battle for the 2014 county title and on past form there is very little separating the north Longford clubs who are amalgamated at underage level.

After clashing three times in last year’s Senior Football Championship, neighbouring rivals Abbeylara and Mullinalaghta will meet again in the battle for the 2014 county title and on past form there is very little separating the north Longford clubs who are amalgamated at underage level.

Two draws (one in the league stage) and a single point win for Abbeylara in the 2013 quarter-final replay was how the games materialised last season and another close encounter is in prospect for the next championship showdown this summer.

In other interesting games in Round 1 of the 2014 Connolly Cup, Clonguish (with Cavan’s Mickey Graham back in charge) will renew rivalry against Dromard in what has become a common occurrence in the county championship in recent years while new Granard manager Niall Sheridan will be hoping for a big performance from St. Mary’s in their clash against Colmcille.

The title holders Longford Slashers are facing a potential banana skin in the shape of Fr. Manning Gaels, last year’s U-21 ‘A’ champions, and the Drumlish/Ballinamuck club have appointed former Leitrim footballer Seamus Quinn as their new manager.

2012 county champions Killoe will surely make a strong bid to regain the coveted Connolly Cup and will start their championship campaign with what could prove to be a tricky game against Mostrim. Completing the Round 1 Draw is the meeting of Ballymahon and last year’s Intermediate champions St. Patrick’s with the Ardagh side likely to struggle to consolidate their senior status.

The top eight teams in the league stage of the championship (after 3 Rounds of games) will qualify for the quarter-finals, at which point an open draw will be made to determine the four pairings, while the bottom two teams in the table will play-off to determine who is relegated to the 2015 Intermediate Championship.

The draws for the 2014 Intermediate and Junior Football Championships were also made at the County Board meeting in Aras Ui Bhriain, Glennon Brothers Pearse Park, last night (Tuesday) and Moydow Harpers were granted their request to compete for the Gerry Hennessy Cup, moving up from the Junior grade along with the 2013 county champions Young Grattans.

Operating with much the same format as the Senior Championship, 3 Rounds of games will be played in the league stage of the Gerry Hennessy Cup but only the top four teams in the table will make it through to the knock-out stages. There will then be an open draw for the semi-finals. There will be no relegation in the 2014 Intermediate Championship.

The two solely Junior clubs, Forgney St. Munis and Shroid Slashers, were seeded in the group stage and can only meet in the county final. The top two teams in each group will contest the quarter-finals (the winners v runners-up draw format) while the remaining seven clubs who fail to qualify will compete in the Junior ‘B’ Championship.