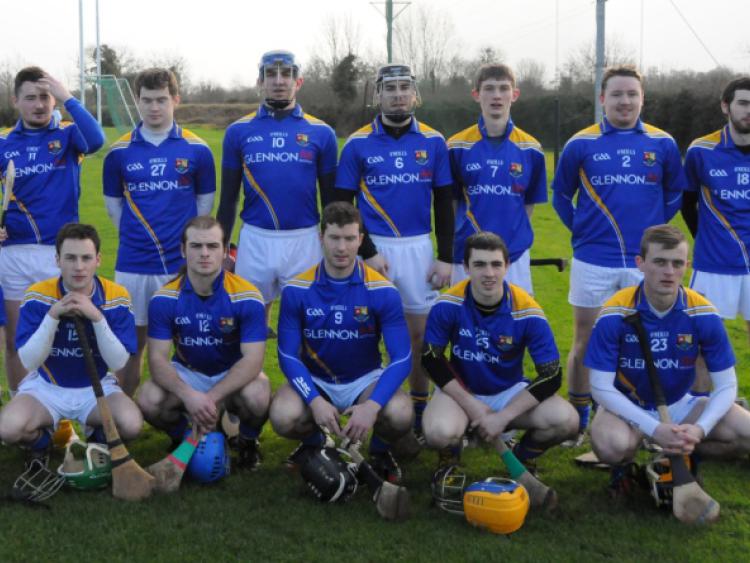 Two goals in quick succession in the early stages of the second half proved to be the decisive scores as Queens University, Belfast conquered Longford in the Kehoe Shield Senior Hurling Tournament first round game at Devine Park, Edgeworthstown on Sunday last.

Two goals in quick succession in the early stages of the second half proved to be the decisive scores as Queens University, Belfast conquered Longford in the Kehoe Shield Senior Hurling Tournament first round game at Devine Park, Edgeworthstown on Sunday last.

Leading by seven points at the break (1-8 to 1-1) and playing well it looked like Longford were in control of the game, despite fielding an understrength team with a number of regulars missing. But a change in the weather saw a change in Queens’ fortunes and with the help of a swirling wind they got two goals and two points in the opening five minutes of the second half to take the lead for the first time. It was an advantage they would not relinquish despite Longford pressure late on.

The strong wind in the first half didn’t help either side and both were guilty of hitting a number of wides but it was Longford who dominated the exchanges. They opened the scoring in the 8th minute when Eoin Donnellan played the ball to Cathal Mullane and he fired the ball over the bar.

Donnellan got on the scoresheet minutes later, hitting over a free, before Queens got their first point through Cormac Flynn. Longford then took control with Rory and Eoin Donnellan getting points and then in the 24th minute they got a goal; Joe O’Brien floated a long ball into the forwards which was picked up by Cian McLoughlin and he passed to Mullane who made no mistake with a neat finish.

Queens response was a goal through James Lavery to cut the lead to four points but Longford finished the first half well with Eoin Donnellan hitting over two frees and Kealan Cox also getting a score to give the home side a seven point lead at the break.

Longford’s lead didn’t last too long though. One minute into the second half Queens got a second goal through Donal Hughes and then one minute later they raised the green flag again when aided by the wind Lavery’s shot caught Longford keeper Joe O’Brien out and the ball ended up in the back of the net.

Hughes levelled one minute later with a nice point and then in the 39th minute they took the lead for the first time when wing back Conal Morgan shot over the bar. Having lost Cathal Mullane through injury at the break Longford were dealt another blow when his replacement John Newman had to retire injured in the 45th minute.

Longford drew level in the 49th minute through another Eoin Donnellan free but despite creating chances that was to be their only score in the second half. A free from Dermot Begley restored Queens lead in the 53rd minute and minutes later another free edged his side in front by two.

In the 65th minute a Hughes point extended Queens’ advantage and that was the way it finished. Just before the end Longford had a chance to draw the game but Johnny Casey’s fine effort was saved by Queens keeper Michael Keown as the Belfast University held on for a hard earned win.