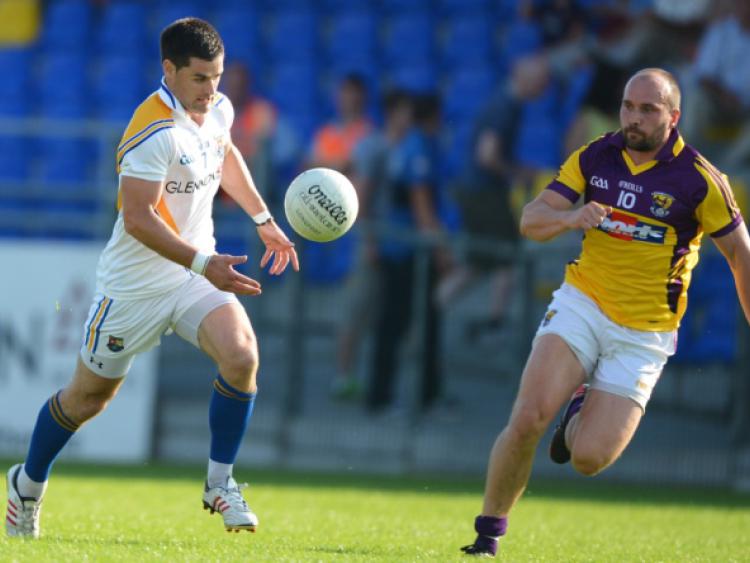 While two second half goals proved to be the so decisive scores as Wexford came storming back to eventually emerge victorious after extra-time in Round 2 of the All-Ireland Qualifiers at Glennon Brothers Pearse Park on Saturday evening last, Longford almost snatched a last gasp victory.

While two second half goals proved to be the so decisive scores as Wexford came storming back to eventually emerge victorious after extra-time in Round 2 of the All-Ireland Qualifiers at Glennon Brothers Pearse Park on Saturday evening last, Longford almost snatched a last gasp victory.

In the final minute of normal time, Sean McCormack kept his composure to fire over the equalising free and the momentum was now with the home county as this exciting encounter entered stoppage time. Wexford were then most fortunate not to concede another free for a clear foul on Paul Barden but there was no whistle from the referee.

Barden still had the ball in his grasp but failed in his long range attempt to kick a dramatic winning point in shooting wide of the posts and after the final whistle was sounded seconds later, a mass brawl erupted as tempers boiled over in the heat of the championship battle.

Order was eventually restored by Kerry referee Padraig O’Sullivan, whose harsh decision not to award that late, late free denied Sean McCormack a great chance of putting Longford into the next round such was the impressive kicking form of the Killoe sharpshooter in this make or break game.

Longford played particularly well in the first half to lead by 0-8 to 0-4 at the break and could have been further ahead as a Francis McGee goal attempt in the 29th minute was saved by the opposing keeper Anthony Masterson.

But inspired by powerful midfielder Daithi Waters, Wexford were very much the dominant force in the second half and got right back into contention with a gift goal scored by PJ Banville with just four minutes gone on the changeover.

Banville was on hand to finish the ball to the net after Longford keeper Damien Sheridan had produced a terrific save from a shot from Aindreas Doyle and he repeated the feat to prevent Paddy Byrne from finding the corner of the net in the 61st minute.

But there was nothing Sheridan could do to stop Daithi Waters steamrolling his way through for Wexford’s crucial second goal in the 56th minute to close the gap to a point (0-12 to 2-5) and Longford faded completely in collasping in the additional period.

Deadlocked at 0-14 to 2-8 at the end of normal time, Wexford - after kicking 12 wides to Longford’s 4 which tells its own story - pulled right away in extra-time to outscore the jaded opposition by 0-7 to 0-2 and were worthy winners.