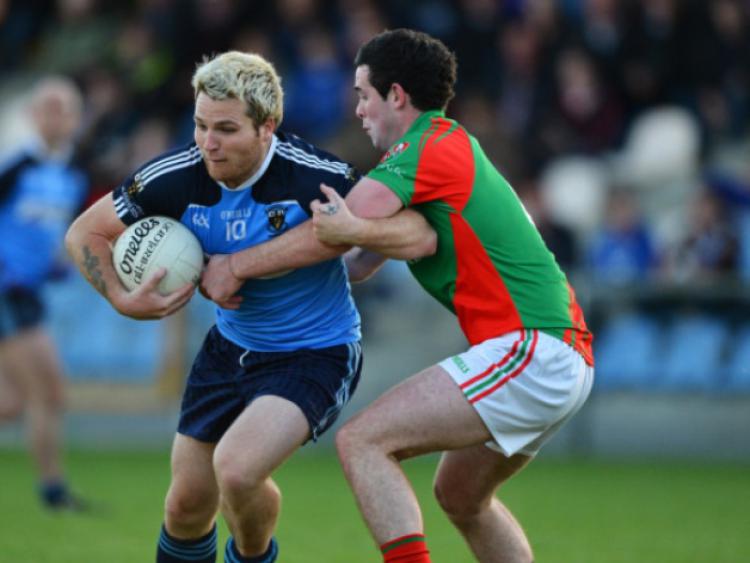 Colmcille almost caused a shock in the Senior Football Championship semi-final at Pearse Park on Sunday evening last as Longford Slashers came from two points down in the closing stages to snatch a fortunate draw.

Colmcille almost caused a shock in the Senior Football Championship semi-final at Pearse Park on Sunday evening last as Longford Slashers came from two points down in the closing stages to snatch a fortunate draw.

It was a tremendous effort by Colmcille, who looked to be in deep trouble when they trailed by 2-2 to 0-2 with 25 minutes gone in the first half, but from the moment they were thrown a lifeline following a cracking goal from Gerard Mulligan it must be said that they made it extremely difficult for Slashers.

Having said that, last year’s beaten finalists were very much the dominant force in the first half with the dangerman Martin Nevin getting the goals in the 7th and 22nd minutes (both set up by Trevor Clendenning) but the sky-blues were guilty of some very poor finishing - kicking a total of nine wides as compared to just one for Colmcille. Thus Slashers had to be content with a slender 2-3 to 1-3 lead at the break when they should really have wrapped up their place in the county senior final for the fourth year in succession but it was a different story in the second half.

Colmcille fired over some inspirational scores with the deadly accurate McKeon brothers Paul and Barry inflicting most of the damage with five points between them on the changeover and a famous victory looked the likely outcome for the north Longford club.

After Peter Foy blasted the ball over the bar to leave Slashers leading by 2-5 to 1-6 in the 40th minute, Colmcille went on to enjoy a glorious spell that yielded four points on the trot through Barry McKeon (a great strike from near the sideline), Anthony Gormley (another cracking effort), B McKeon again and then a free converted by Paul McKeon in the 54th minute.

But Slashers refused to panic and following a terrific point from Trevor Clendenning who surged forward to shoot over the bar in the 56th minute, Colin Smith landed a difficult kick in off the upright in the 60th minute to leave the sides all square at the final whistle with the eagerly awaited replay fixed for Pearse Park on Sunday next.