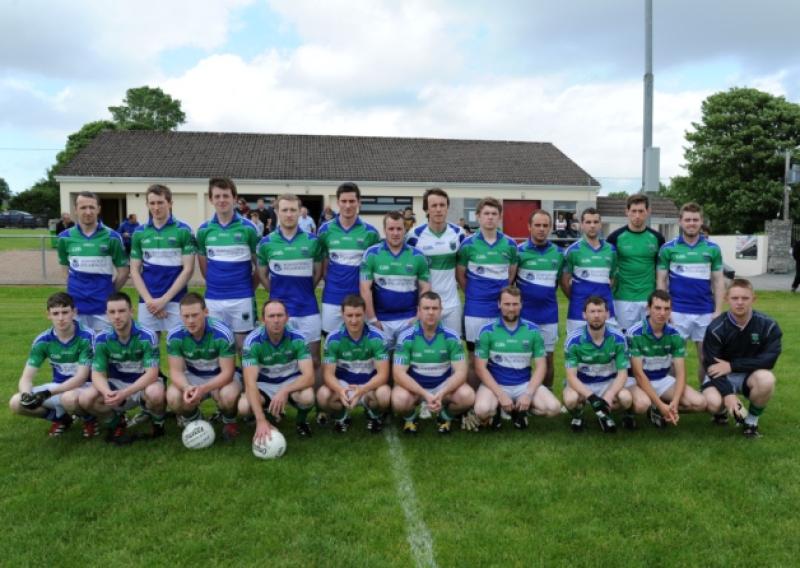 Rathcline got the better of Ballymahon in a keenly contested Reserve Football League 2 Final at Pairc Chiaran, Cashel on Saturday last in a repeat of last year’s title decider.

Rathcline got the better of Ballymahon in a keenly contested Reserve Football League 2 Final at Pairc Chiaran, Cashel on Saturday last in a repeat of last year’s title decider.

It was a most entertaining game and remarkably all the seven goals were scored in the first half. Rathcline’s Colin Fayne and Ballymahon’s Kyle Fitzmaurice were the chief marksmen and Fayne’s third goal just before half-time proved to be the decisive score in the end.

Ballymahon made a great start with two goals and a point from Fitzmaurice and a good point from Eddie Noonan saw them open up an eight point lead by the 10th minute.

After a slow start Rathcline finally got their act together with Fayne scoring a goal in the 12th minute and David Rooney followed up with a point before Fayne drew his side level by the 20th minute with a further 1-1 to his credit.

Two minutes later Rathcline went ahead when James Hanley was taken down and Kevin Hanley converted the penalty. But Ballymahon hit back with a Kyle Fitzmaurice goal in the 27th minute.

Colin Fayne restored the lead for Rathcline in the 29th minute with a well-taken goal and just before the break Kevin Chapman fired over a neat point to leave his side in front by 4-3 to 3-3 at the break.

Points from Edwin Nally and Fitzmaurice saw Ballymahon close the gap and scores were then traded between James Hanley (free) and John Deane before substitute Mel Shanley edged Rathcline ahead by two in the 46th minute with his first touch.

Colin Fayne converted a free in the 49th minute but Ballymahon kept at them and two points in quick succession from Thomas Mulvihill put the minimum between the sides again by the 52nd minute.

But late points from Colin Fayne and James Hanley clinched the win as Rathcline retained the Reserve League 2 title.