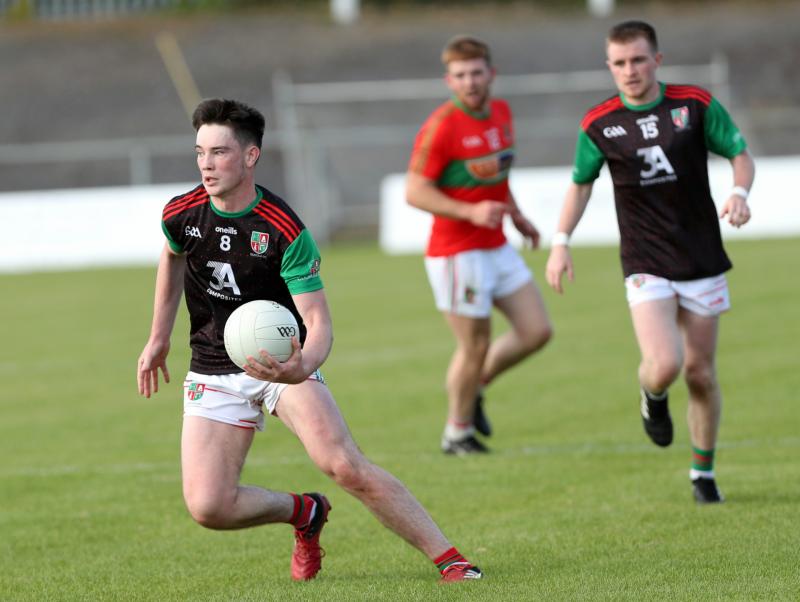 Looking in big trouble after conceding three goals in the first half to trail by six points (3-2 to 0-5), Colmcille showed a lot of character in storming back to beat Mostrim in the Senior Football Championship quarter-final at Glennon Brothers Pearse Park on Saturday evening last.

It was a gutsy team effort from the Colmcille men to reach the last four and particularly outstanding in this great escape was their talented 20-year-old midfielder Jack Macken who fired over a total of 8 points (5 frees).

Just like the semi-final showdown between the clubs last season, Mostrim got off to a great start with goals from Darragh Doherty and Tiarnan Hussey in the early stages of this exciting encounter in the sunshine.

And when Seamus Hannon finished off a well-worked move to score a third goal for Edgeworthstown in the 22nd minute, Colmcille were facing a real uphill battle.

But three points in a row from Macken (two cracking strikes from play) brought Mickey Harkin’s side right back into contention before the break as the gap was gradually closed. (Half-time score: 3-2 to 0-8).

While Mostrim were second best for most of the second half, the sides were all square entering stoppage time and extra-time was looming before Jack Macken converted a brilliantly struck pressure free to clinch a fine victory for Colmcille.