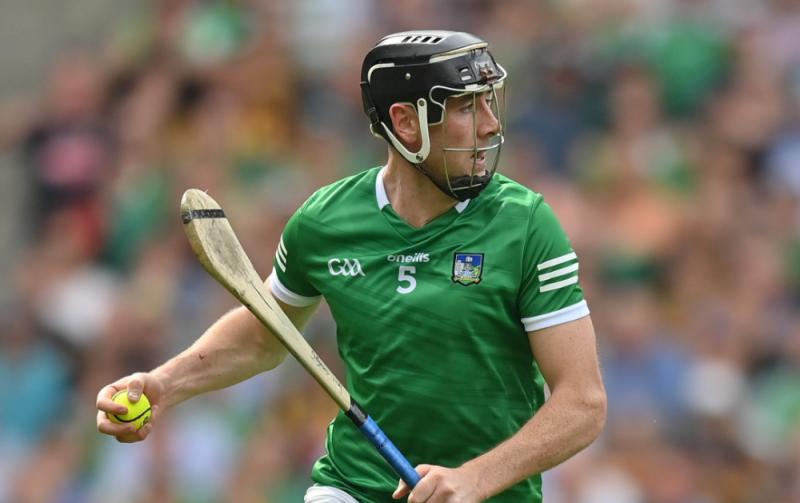 Three in a row MacCarthy Cup champions Limerick are the commanding force in today’s announcement of PwC All-Star hurling nominations for 2022 with 12 places in the coveted shortlist of 45 names.

Three in a row MacCarthy Cup champions Limerick are the commanding force in today’s announcement of PwC All-Star hurling nominations for 2022 with 12 places in the coveted shortlist of 45 names.

Winners of a record 12 PwC All-Stars last year, the Treaty County continue to have the highest representation on the back of their continuing all-conquering form with 10 counties in all featured.

Kilkenny’s 2021 All-Star goalkeeper Eoin Murphy will be up against Limerick number one Nickie Quaid and Galway’s Éanna Murphy for the award.

A winner of four PwC All-Stars in a row, Limerick’s Seán Finn is again nominated among the best 18 defenders of 2022 and is joined by colleagues Barry Nash, Mike Casey, Diarmaid Byrnes and Declan Hannon.

Four of Kilkenny’s eight nominees in total are in defence with Clare also receiving four nominations at the back, with Galway having three and Cork’s Ciarán Joyce and Wexford’s Damien Reck also acknowledged for their great form.

Clare’s run to an epic Munster final and to the All-Ireland semi-finals is reflected in a haul of eight nominees in total and with David Fitzgerald and Ryan Taylor being named in the six-man shortlist for centre field, completed by Limerick’s William O’Donoghue, Kilkenny’s Adrian Mullen, Galway’s Tom Monaghan and Darragh Fitzgibbon of Cork.

The overall PwC GAA/GPA Hurler of the Year and Young Hurler of the Year titles are voted on exclusively by the inter-county players themselves. Kilkenny’s ever-green genius TJ Reid is in the three-man shortlist with Limerick’s defensive inspirations Barry Nash and Diarmaid Byrnes for company.

Current holder Eoin Cody is again eligible for the Young Hurler award and is named along with teammate Mikey Butler and Cork’s Ciarán Joyce.

Uachtarán CLG Larry McCarthy said: “Today is a special moment for the 45 hurlers who have been successfully shortlisted for a PwC All-Star in 2022 and an achievement that will be proudly shared by their families and clubs.

“Seeing people back in person at matches this year added to the excitement and as always, our hurling competitions rose to the occasion with no shortage of highlights to illuminate the season.

“To be recognised for your contribution to those great games is something special as we salute the best of the best from the season, and I also want to congratulate TJ, Diarmaid and Barry for their additional honour in being nominated as PwC GAA/GPA Hurler of the Year and to Mikey, Ciarán and Eoin nominated for PwC GAA/GPA Young Hurler of the Year.”

Tom Parsons, GPA CEO, added: “Congratulations to each and every player who contributed to such a memorable year for hurling. As Limerick made their own piece of history, completing a three-in-a-row, many players put in performances which made them worthy to be considered for PwC All-Stars.

“To the 45 players who have made the shortlist, well done. It is only right that your individual performances are being recognised with these nominations.

Feargal O’Rourke, Managing Partner, PwC, said: “From everyone at PwC, I would like to extend sincere congratulations to the 45 hurlers announced as PwC All-Star nominees and also to those shortlisted for the PwC GAA/GPA Hurler and Young Hurler of the Year. You each displayed outstanding individual and team performances in yet another exhilarating championship. These nominations recognise your talent and commitment and are thoroughly deserved.”

Dating back to 1971, the All-Stars are selected by a team of GAA journalists from across print, radio, digital, tv and broadcast media. There will be two additional hurling selections honoured to cover outstanding players in the Joe McDonagh Cup and a Champion 15 from across the Ring, Rackard and Meagher Cup campaigns.

The PwC All-Stars will be presented at a black-tie banquet in Dublin’s Convention Centre on Friday, October 28 shown live on RTE tv. The hurling team will be announced live on the night with the football team being released publicly 24 hours earlier.