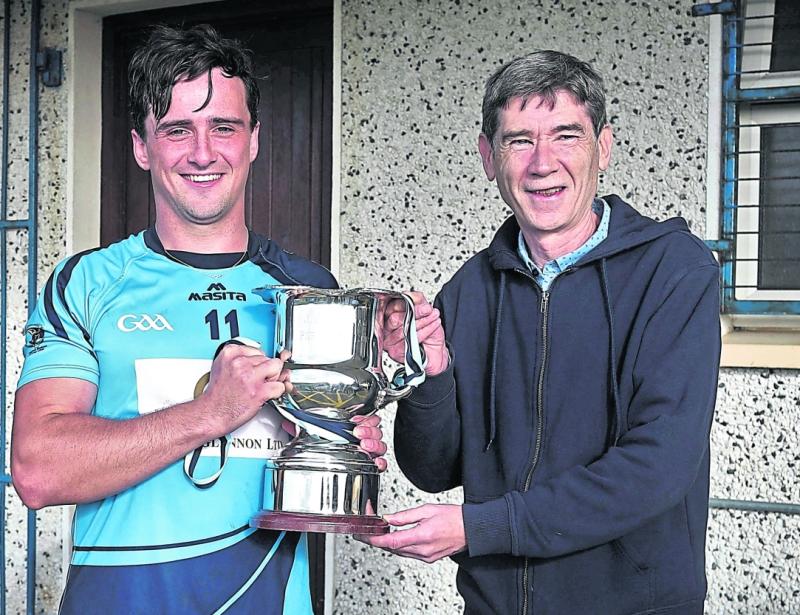 In a repeat of the 2019 title decider, Longford Slashers and Clonguish will clash in the Senior Hurling Championship final at Glennon Brothers Pearse Park on Sunday, throw-in 3.30pm.

Just three clubs compete for the JJ Duignan Cup but the group stage of the current campaign was extremely competitive, to say the least, with Wolfe Tones most unlucky to lose out in the fierce battle for a place in the 2022 county final.

The Edgeworthstown outfit were beaten by a solitary point against Slashers in the opening round and were on the brink of victory over Clonguish Gaels, only to be denied deep into stoppage time as the game ended in a draw.

The equalising point from a tremendous fifty metre sideline cut from Bart Hanley earned Clonguish Gaels the result they needed in the Round 3 fixture to make it through to the final.

A dramatic finish also materialised when Clonguish and Slashers finished all square in Round 2 with a late, late goal from substitute Eoin Donnellan saving the fortunate sky-blues.

That result clinched a final spot for the town club who were now just a step away from winning the title for the second year in succession.

Niall Ward guided Slashers to a first senior hurling championship title in 20 years last season, much to the sheer joy of the squad, and the shrewd manager will have his players really fired up in the quest for a second consecutive success.

Johnny Casey is not expected to start after missing the games in the group stage due to a serious shoulder injury that also ruled the county hurling captain out of the Lory Meagher Cup final against Louth at Croke Park in his lengthy absence.

While the possible return of Casey would be  a definite boost, the loss of the long term injured Ronan Sheehan is a blow.

Backboned by other key county players in David Buckley, Cian Kavanagh and the Murray brothers Karl and Reuben Murray, Slashers are still well equipped in their defence of the Duignan Cup.

An interesting newcomer to the Slashers team this season is the former Kildare hurler David Harney who fired over a couple of points in the Round 1 win over Wolfe Tones.

Leading the Clonguish charge in the quest for championship glory will be Joe O’Brien who fired over a total of ten points (7 frees) in the 0-17 to 2-11 draw against Slashers in the group stage.

O’Brien is a distinguished long serving county hurler who also featured in this year’s Lory Meagher Cup title decider, scoring a goal in the early stages of the match against Louth that eventually ended in a disappointing defeat.

Paul Barden, Gerry Moore, Paddy Corcoran and Matthew Flynn can also make a big impact in the county final on Sunday in the Clonguish bid to win the title for the first time since 2019 and the sixth senior hurling success in total.

Longford Slashers are chasing their 13th senior hurling title and may just have the edge in the probable prospect of a tight contest.