Longford IFC: Final round fixtures in the group stage to determine the semi-finalists 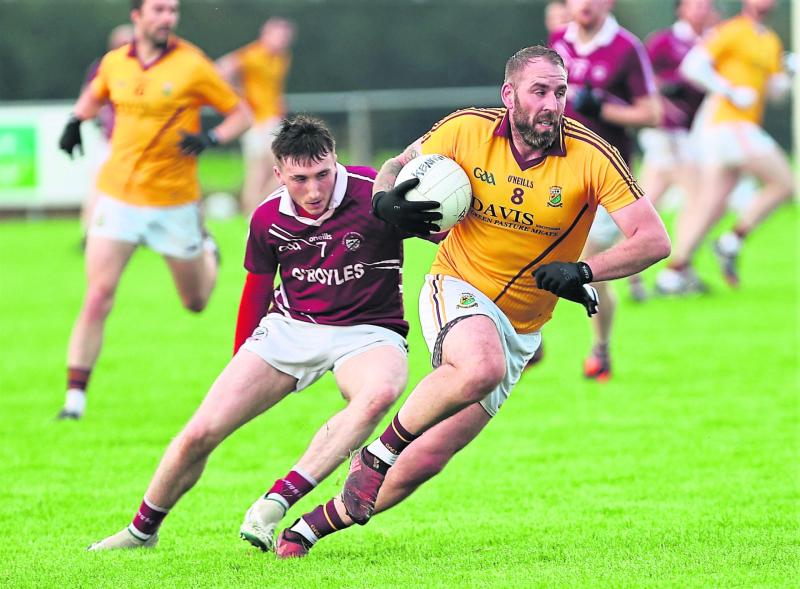 Liam Lynch on the ball for Fr Manning Gaels in evading the challenge of Kenagh opponent Damien Higgins. Action from the IFC Round 6 clash on Saturday last Photo: Syl Healy

Fr Manning Gaels are through to the Intermediate Football Championship semi-finals following their 1-9 to 1-5 win over Kenagh on Saturday evening last.

Ballymahon and Sean Connolly’s, locked together on seven points, are expected to join the Drumlish/Ballinamuck side in the last four due to their superior scores difference.

Despite the setback of losing against Ardagh Moydow on Sunday last, Cashel still have an outside chance of qualifying for the knockout stage in a must win match against Connolly’s but are depending on the results in the other two fixtures going their way.

All three games in the final round of the group stage will start at the same time on Sunday (4.15pm) and the outcome of the crunch clash between Kenagh and Ardagh Moydow is likely to determine the remaining spot in the semi-finals.