Longford SFC: Killoe overcome Clonguish to qualify for the quarter-finals 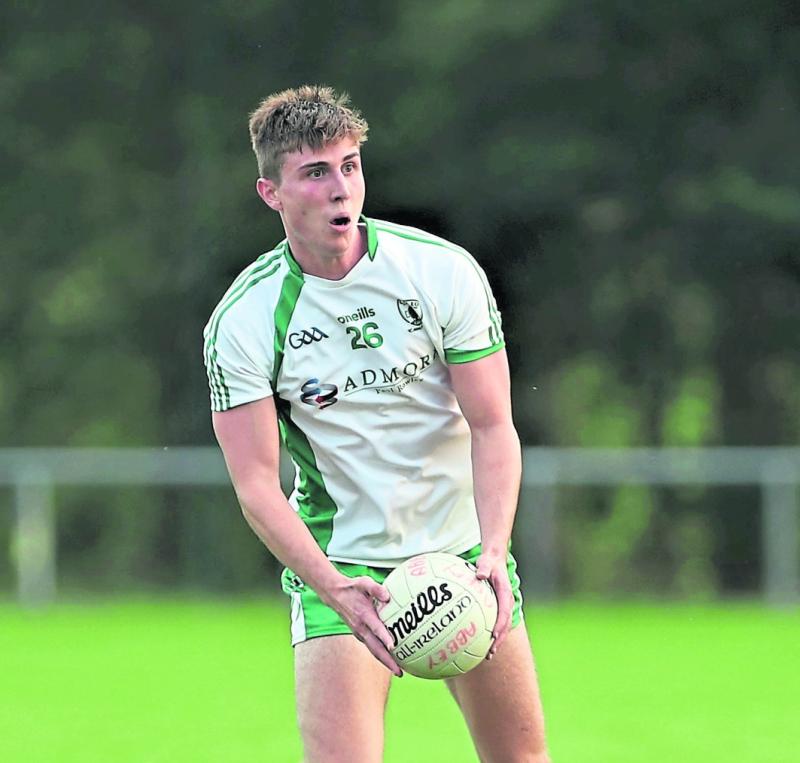 James Moran, who was impressive for Killoe in the crucial win over Clonguish in the SFC Photo: Syl Healy

Boosted by a brilliant start to lead by 0-4 to 0-0 with just eight minutes gone in the game, Killoe never looked like letting this vital victory slip from their grasp at the Monaduff grounds in Drumlish on Friday night last.

Clonguish made a brave bid to spring a shock and Emmet Og had to work hard to achieve the result they required to qualify for the Senior Football Championship quarter-finals.

The gap was closed to just a single point when Chris Gordon grabbed a goal to open the Clonguish account in the 11th minute but Killoe replied immediately with Daniel Mimnagh finding the back of the net.

The 2019 and 2020 county champions ended up leading by 1-9 to 1-4 at the break but Clonguish were given a glimmer of hope when Josh Sorohan scored a cracking goal in the 49th minute.

That superb strike left just three points separating the sides (1-11 to 2-5) and it would have been very interesting indeed but for the excellent point-blank save that Killoe keeper Shane Fitzpatrick made to stop a shot from Chris Gordon a few minutes earlier.

Having said that, Emmet Og were always able to step up another gear and a point apiece from substitutes Denis McGoldrick and Larry Moran (making his first appearance in the 2022 championship) clinched the crucial win.