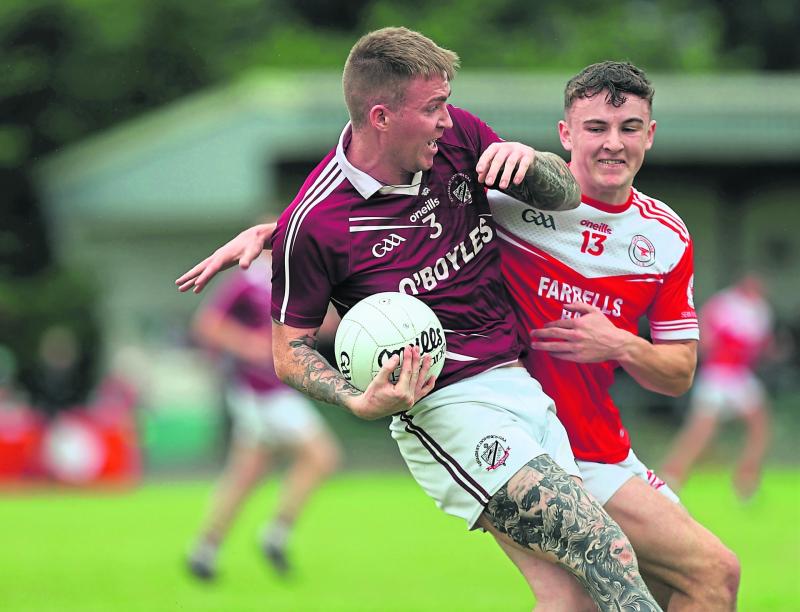 Andrew Dalton on the ball for Kenagh in this tussle with Sean Connolly's opponent Daniel Reynolds. Action from the IFC first round clash at Emmet Park Photo: Syl Healy

Trailing by five points (1-6 to 0-4) at the break after playing against the wind in the difficult wet conditions at Emmet Park on Saturday evening last, Sean Connolly’s battled back for a draw against Kenagh despite the dismissal of Joe Heaney for a second yellow card with nine minutes gone in the second half.

Kenagh were also reduced to 14 players for a ten minute period in the second half when John Gill was given a black card for a foul on Connolly’s opponent Daire Duggan in the 43rd minute.

Aidan Carberry scored the Kenagh goal in the first half to give his side a fairly comfortable lead at the break but brothers Dessie and Daniel Reynolds (accounting for the entire total of ten scores for the Ballinalee outfit) inspired the determined Connolly’s comeback.