Longford IFC: The battle for the Hennessy Cup begins in competitive title race 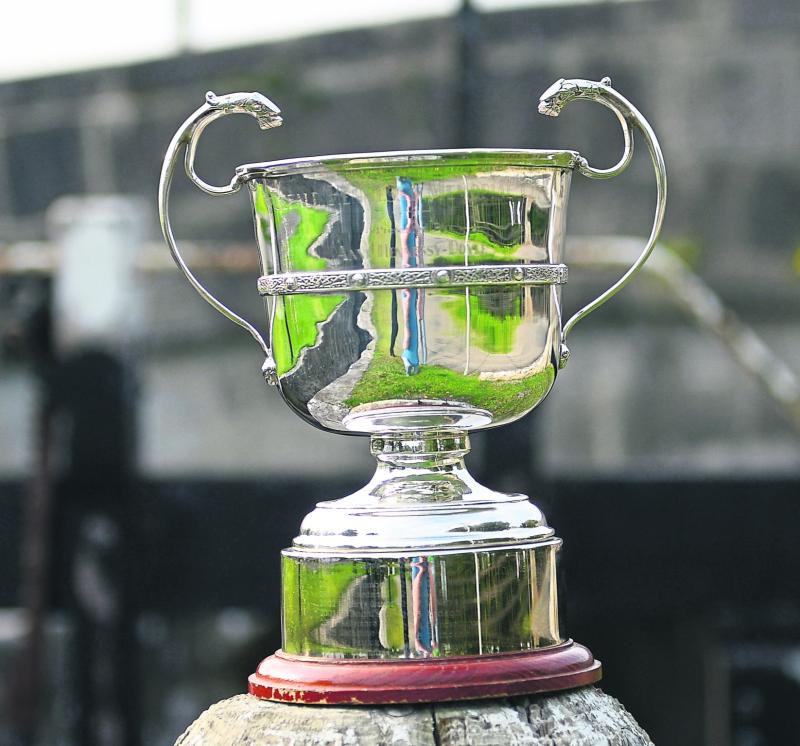 Who will lift the Hennessy Cup this year?

Generally regarded as a very competitive championship that has produced some very exciting and dramatic games in recent years, the quest for Intermediate glory begins this weekend with three first round games down for decision.

Seven clubs will battle it out for the honour of lifting the Gerry Hennessy Cup and the 2019 title winners Fr Manning Gaels will have to wait a week later to enter the championship arena after receiving the bye in the opening round of the group stage.

Under the guidance of new manager Fintan McBrien from Aughavas in Co Leitrim, the Drumlish/Ballinamuck side had to endure a tough campaign against senior opposition in the Division 1 league this season.

The Gaels did succeed in beating Carrickedmond and drawing with Granard but ended up bottom of Group 2 in the Senior League.

Relegation was also suffered in last year’s Senior Championship but the Gaels are in better shape now for a serious crack at capturing the Intermediate crown and are probably the leading contenders to win the second tier title.

The main opposition could well be Sean Connolly’s who are going well this year and their bid to make a major impact in the championship received a big boost with the recent  Division 2 league title success.

The Ballinalee boys finished on the same number of points as Ardagh Moydow but won the competition due to their superior scores difference.

Mostrim clubman Gerry Lynn was appointed the new Connolly’s manager this year and leading the charge in their championship challenge will be brothers Dessie and Daniel Reynolds, the latter graduating to the county senior team during the 2022 season.

Kenagh could also be in the hunt for the Intermediate title, with rising young Longford star Keelin McGann very much their main man, while last year’s beaten finalists Ballymahon will be quietly confident of reaching the last four at least.

The outcome of their first round fixture against Ardagh Moydow at Moran Park this Friday evening (throw-in 8pm) could prove crucial in the quest to qualify for the semi-finals.

The same situation applies to the clash of Cashel and last year’s Junior champions Legan Sarsfields at McGann Park on Friday evening (throw-in 8pm) and the losers here will also be under pressure.

The remaining first round game between Kenagh and Connolly’s at Emmet Park on Saturday evening (throw-in 7pm) promises to be a cracking contest with the Ballinalee club winning by just a single point when the teams met in the recent Patsy Reilly Cup semi-final.

Ardagh Moydow, Ballymahon, Cashel, Kenagh, Fr Manning Gaels, Legan Sarsfields and Sean Connolly’s will play each other in the round-robin group stage (six games apiece) with the top four teams making it through to the semi-finals.