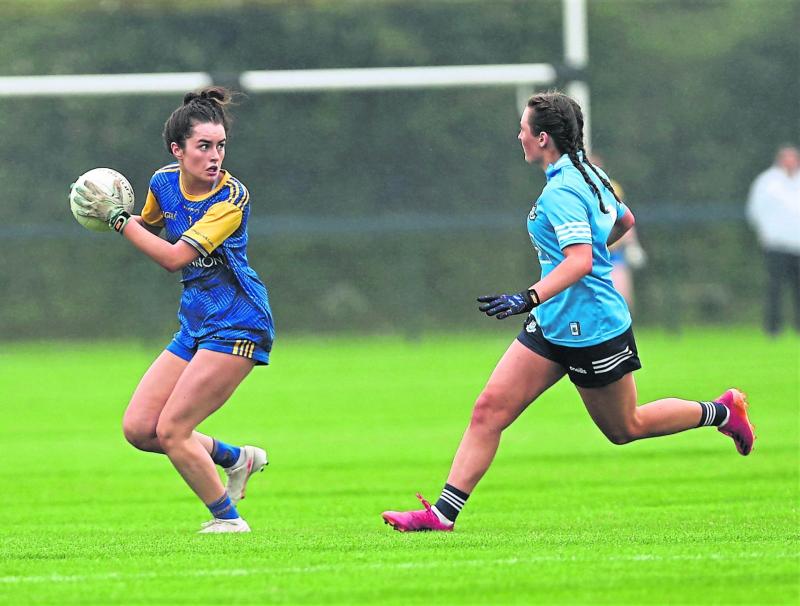 On the evidence of their impressive win over Dublin in the recent Leinster ‘B’ Championship final, the Longford ladies football minor squad would appear to have a strong chance of making further progress.

Standing in their way are Sligo and the general opinion is that there is tougher opposition in the shape of Kerry and Monaghan in the other All-Ireland ‘B’ semi-final.

Having said that, Longford manager Pat Tiernan will be warning against any sort of complacent attitude when his talented team take on the Connacht ‘B’ champions at the Boyle GAA grounds this Wednesday evening, throw-in 7.30pm.

The County U-18 girls will make the short trip to the Co Roscommon venue in a fairly confident frame of mind after producing a terrific performance to defeat Dublin in the provincial decider.

Longford were eight points down at one stage in the first half but showed great character in storming back to take the Leinster title and are now just a step away from reaching the All-Ireland ‘B’ final.

The commanding Ella O’Reilly will be very hard stopped in the battle for midfield supremacy with Kate Shannon the main threat in a slick and sharp attack who are well capable of clocking up a winning tally against Sligo.