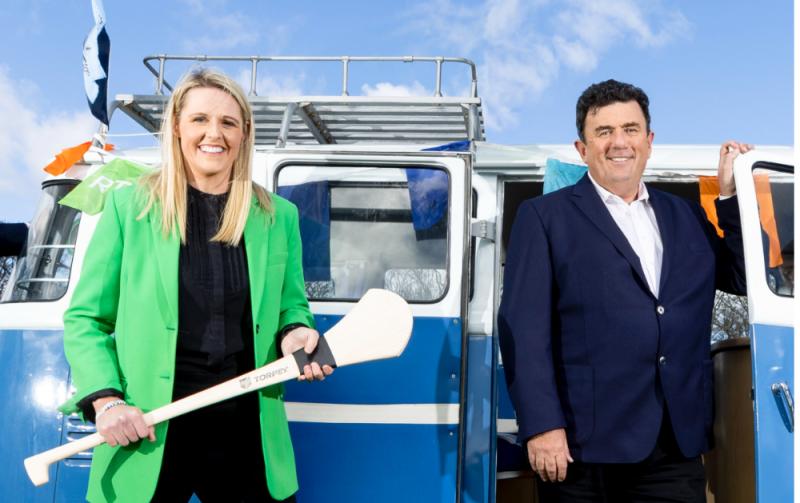 Up for the Match is back!

Up for the Match is back! Nothing sounds quite like it!

The show, which is being broadcast for the first time since 2019, will be packed with lively conversation, music, comedy and craic. Guests this Saturday night include comedian Conor Sketches, and singer Mundy, with a special musical performance. Jackie Tyrrell, TJ Ryan, Aoife Sheehan, Paul Murphy and Claudia Buckley will also join Des and Jacqui.

One lucky Up for the Match viewer will get a chance to win one of the last pairs of tickets to the All-Ireland final the next day. Experience the atmosphere, feel the anticipation and play your part on the eve of the All-Ireland Finals by joining Jacqui and Des live on RTÉ One.

Jacqui said: “I can’t wait for up for the match to return this year. We all saw during the pandemic how much we missed live sport, but we also missed the craic & energy of having a live studio audience. After a few years absence, we’re going to make sure this programme returns with a bang!”

Des said: “I have been doing the show for 20 years and it was only when it wasn't on television that you realise, it is such a big part of the All Ireland final weekend. And there are few current players now that were little kids when I first started presenting it and they watched me on Up for the Match and dreamt of playing in the All Ireland".

Up For The Match - RTÉ One Saturday the 16th and the 23rd of July, after the news.