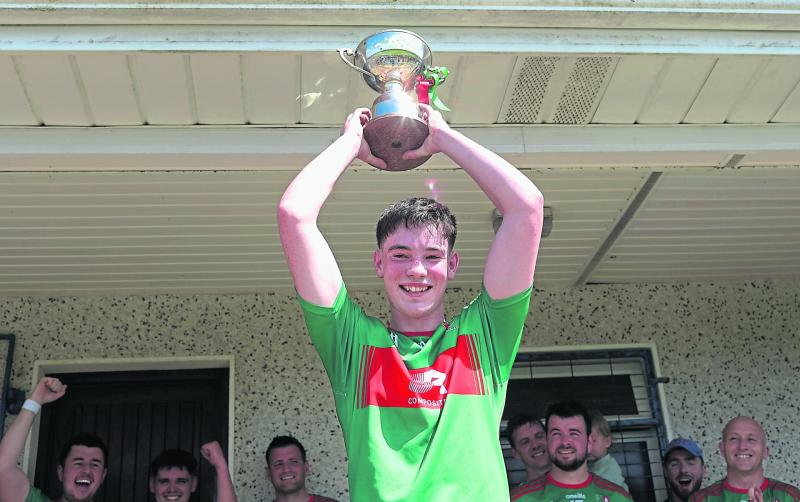 This was a real championship intensity about this clash of the arch neighbouring rivals for the Johnny Skelly Cup in the glorious hot weather and thanks to a well-taken goal from Barry McKeon in the 17th minute it was Colmcille who led at the break by four points, 1-7 to 0-6.

That advantage was extended following a further brace of scores from frees converted by Jack Macken and McKeon in the early stages of the second half but St Columba’s gradually closed the gap in staging a determined comeback.

A goal from Rian Brady in the 40th minute brought Mullinalaghta right back into contention and the ding-dong battle continued during the remainder of the match with just the minimum of margins (1-11 to 1-10) separating the sides when Brady shot over the bar with time running out.

Colmcille were under pressure but managed to engineer another attack with experienced substitute Podgie Murtagh playing the ball into Barry McKeon who proceeded to set up Cathal McCabe for the killer goal, the latter making no mistake from a few yards out.