Division 1 Final for the Skelly Cup against Mullinalaghta on Sunday, throw-in 1.30pm 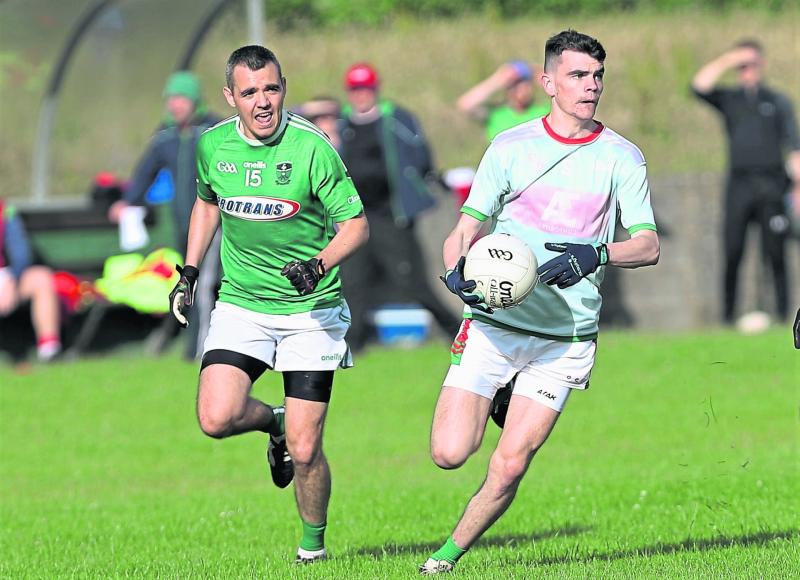 Colmcille were far too strong for understrength Clonguish in a very one-sided All County Football League Division 1 clash at Allen Park on Saturday evening last.

It was all too easy for Colmcille who finished top of Group 1 in the All County League and now meet neighbouring rivals Mullinalaghta St Columba's  in the Division 1 Final (Johnny Skelly Cup) at Glennon Brothers Pearse Park this Sunday, throw-in 1.30pm.

The visitors got off to a great start with a goal from Cathal McCabe with just four minutes gone on the clock and built up a commanding advantage to lead by 1-8 to 0-1 at the break.

Rampant Colmcille continued to pile on the pressure in the second half in adding another 2-7 to their most emphatic tally, the goals coming from Paul McKeon and Ruairi Harkin (penalty).

The clubs will meet again in the opening round of the 2022 Senior Championship group stage on July 29 and Clonguish will need to produce a major improvement in the match that really matters.

Retired from senior club football are the Barden brothers Paul and David.

Managed by former Kenagh and Longford defender Liam Belton, this was a bad defeat for a very disappointing Clonguish side who only succeeded in scoring a solitary point in the first half and that came from a free converted by Alan Gregg.

Making a flying start against Clonguish, Barry McKeon cut in from the right to deliver the perfect pass across the face of the goalmouth into the path of Cathal McCabe who flicked the ball into the net from a few yards out.

That was a shattering early blow for Clonguish and they were unable to match the slick Colmcille side who could afford the luxury of shooting six wides in the first half.

Mickey Harkin’s charges clocked up eight points, three from Paul McKeon (one free) with his last strike over the bar in the 23rd minute the end result of an excellent penetrating run from the midfield area.

A brace from his brother Barry (one free), a cracking effort from Ciaran McKeon and another score from Rory Hawkins in first half stoppage time left Colmcille in complete control.

Things did not get any better for Clonguish on the changeover as they were restricted to four points - three from half-time substitute Chris Gordon (two frees) with Josh Sorohan on target in the early stages of the second half.

Jack Macken opened the Colmcille account on the resumption and Barry McKeon then set up Paul McKeon for the second goal in the 36th minute.

A third goal followed a minute later from a penalty converted by centre-half-back Ruairi Harkin.

A further six points were registered through Barry McKeon (free), a second from Jack Macken with substitutes Shay McKeon and Darren Mulligan getting their names on the scoresheet and Harkin also shooting over the bar with time running out to complete the rout.

Footnote: Colmcille wore their jerseys inside out due to a clash of the green colours with Clonguish.