Brilliant comeback win for the Longford ladies as Roscommon are rattled 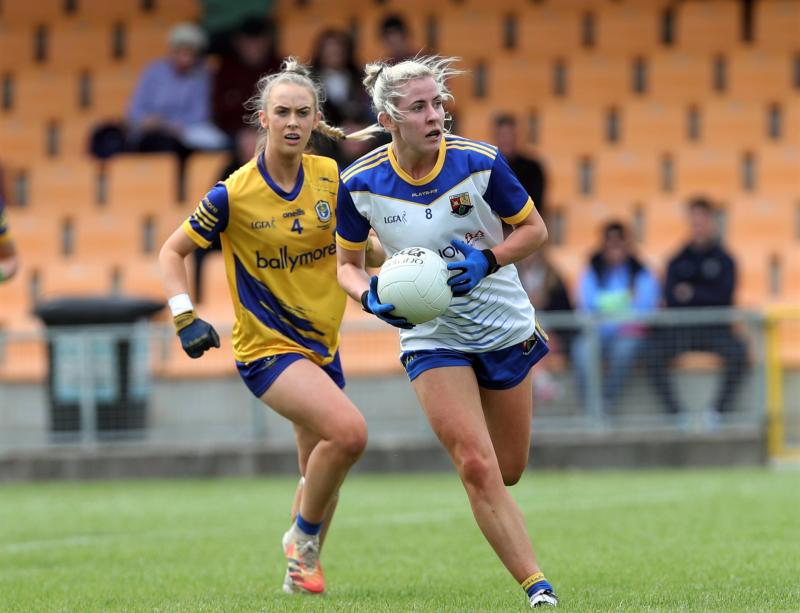 A sensational start to the second half which yielded crucial goals from Sarah Shannon and Michelle Farrell was the turning point in Longford’s brilliant comeback win as Roscommon were rattled in the TG4 Ladies All-Ireland Intermediate Championship Round 3 clash at Glennon Brothers Pearse Park on Sunday last.

While both the neighbouring counties were already through to the quarter-finals, the battle for top spot in Group C was intense and Roscommon looked in control when they led by 2-7 to 1-4 at half-time with Natalie McHugh scoring the second goal just before the break.

The Longford girls showed a lot of character and tremendous spirit to recover and the course of the game changed completely when the rampant home side clocked up 2-2 in the space of four minutes in a whirlwind scoring spree immediately on the changeover.

That left Brian Noonan’s side in front by a couple of points (3-6 to 2-7) and while Roscommon responded with a goal from Laura Fleming in the 40th minute to regain the lead, Longford were on top for the remainder of this exciting encounter.

The star of the show was the outstanding Michelle Farrell who accounted for 1-9 in total and she scored 1-7 in the second half in kicking some excellent points.

Longford, who also beat Kildare in the group stage, can now look forward with considerable confidence to the All-Ireland quarter-final clash against Clare on Sunday June 26.

Roscommon broke fast to register a well-worked goal with Jenny Higgins finishing the ball to the net with just a couple of minutes gone on the clock and a point quickly followed from Aisling Hanly.

Michelle Farrell fired over the opening Longford score in the 4th minute but they only managed to add another three points to their tally in the first half - a brace from Clodagh Lohan and another from Farrell.

The other Roscommon points in the first half were registered by Jenny Higgins, Mikaela McHugh, Laura Fleming, Roisin Wynne, Natalie McHugh and Aisling Hanly and Longford looked in trouble.

While midfielder Mairead Reynolds missed a great chance of a goal when she blasted the ball way off target in the 12th minute, the home county got a badly needed break when a shot from Clodagh Lohan that was going wide was deflected into the net by a Roscommon defender for an own goal in the closing stages of the first half.

The Longford management team made three changes during the break with one of the substitutes, Sarah Shannon, making an immediate impact when blasting the ball to the net with just a minute gone in the second half.

Moments later a second goal materialised through Michelle Farrell who was a constant threat on the changeover in also shooting seven points, the last four of which were top quality strikes which clinched this fine win for Longford.

The influential Sarah Shannon also landed a point and stunned Roscommon were restricted to just 1-2 on the changeover in facing fierce resistance from a revitalised Longford outfit.