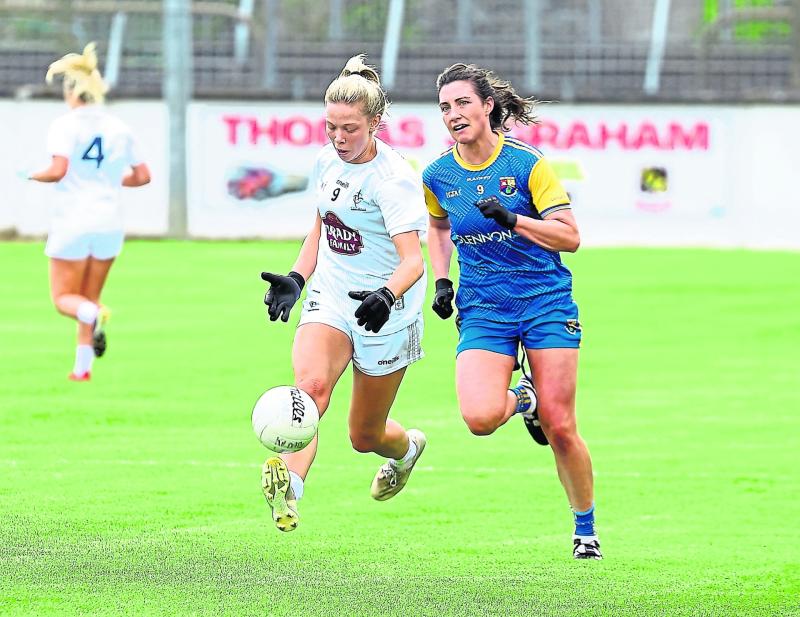 Fortunate to retain their Intermediate status in the final relegation play-off against Fermanagh last season, it is a completely different story for the Longford ladies in the current TG4 All-Ireland campaign.

Making steady progress under the guidance of manager Brian Noonan in his second year in charge, the county girls scored a wonderful 3-9 to 1-9 win over the Leinster Intermediate champions Kildare in the first round clash at St Conleth’s Park in Newbridge a couple of weeks ago.

And with the Connacht runners-up Roscommon also getting the better of Kildare by the narrow margin of two points in Round 2 of the group stage in Kiltoom on Sunday last, Longford are now through to the All-Ireland quarter-finals against Clare or Louth.

Generally considered to contain a competitive balance with little between most of the teams, Roscommon (surprisingly beaten by Leitrim in the Connacht final) are also into the last eight in the quest to capture the Mary Quinn Cup as a well fancied Kildare outfit are knocked out of the second tier ladies football championship.

Longford and Roscommon will battle for the top spot in Group C  of the All-Ireland Championship at Glennon Brothers Pearse Park on Sunday (throw-in 2pm) and whoever wins will carry a lot of momentum going into the quarter-finals.

Brian Noonan and the other members of the management team plotted the downfall of the eventual All-Ireland Intermediate champions Westmeath in the opening round last year but Longford failed to build on that excellent victory.

Subsequent defeats against Wexford and Sligo saw the midlanders exit the championship and after suffering another loss against Roscommon in the first of the relegation play-offs, the drop  into the Junior grade was  avoided with a slender one point win over Fermanagh thanks to a brilliant last gasp save by keeper Riane McGrath.

A few lessons have been learned since that very lucky escape and after producing improved performances in both the National League and Leinster Championship this season, Longford are growing in confidence.

The pressure is off to a certain extent with no relegation worries and the recent return of midfielder Mairead Reynolds (Dromard) certainly made a difference in the surprise win over Kildare.

The outstanding Michelle Farrell (Colmcille) continues to be a serious threat in the Longford attack and with Clodagh Lohan (Grattans) also making a big impact in the scoring stakes, there is a firm belief in the squad that greater things can be achieved.

A win over Roscommon would be another significant step in the right direction but Longford are facing a tough task against the neighbouring rivals who won the National League Division 3 title this season.

With home advantage, the ladies will be making a very determined bid to come out on top and   Longford  deserve all the support they can get for the eagerly awaited clash against Roscommon on Sunday.