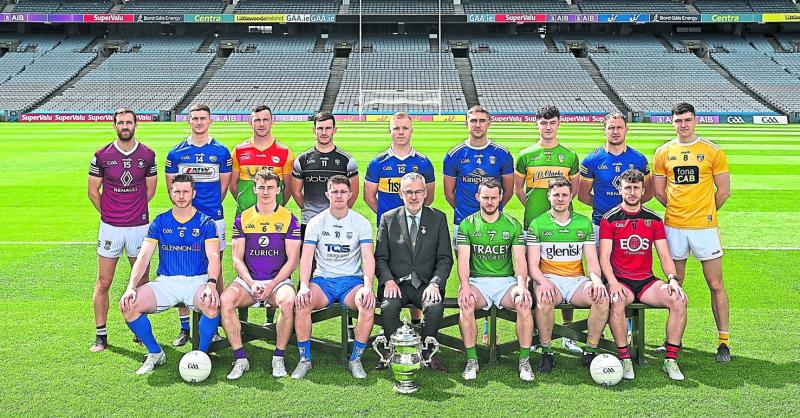 A brand new adventure begins for the Longford senior footballers when they face Fermanagh in the inaugural Tailteann Cup at Glennon Brothers Pearse Park on Saturday evening, throw-in 5.30pm.

Pitted in the Northern section of the second tier senior football championship, Longford will be looking to make an impact in the new competition confined to the counties currently in Division 3 and 4 of the National League.

Also in the field for what will hopefully prove to be a worthwhile development are New York and the eventual Tailteann Cup champions will be guaranteed a place in the Sam Maguire Cup next year.

That is a major incentive and another positive for the players is the proper decision to play the semi-finals and final at Croke Park.

The optimistic Longford manager Billy O’Loughlin believes that his side stand a good chance of doing well in the second tier championship which he described as having “competitive balance.”

“From the outset this year, we were targeting the Tailteann Cup. It is a competition that we could potentially win,” stated O’Loughlin in the aftermath of the defeat against Westmeath in the Leinster quarter-final at the end of April.

Fermanagh are difficult opponents in the battle to cross the first hurdle and the visitors will fancy their chances of making further progress after producing a spirited performance in the opening round of the Ulster championship against Tyrone.

The Erne County lost to the reigning All-Ireland champions by seven points in the end (2-17 to 2-10) and their dangerman is undoubtedly lethal attacker Sean Quigley with other key players in the brothers Ryan and Conall Jones.

Quigley inflicted most of the damage when Fermanagh beat Longford in the National League Division 3 clash at Glennon Brothers Pearse Park at the end of February but he is apparently a major injury doubt to start in the Tailteann Cup tie on Saturday.

In the previous meeting  Longford were 0-8 to 0-3 in front after playing with the advantage of the strong wind in the first half but suffered a shattering blow when commanding centre-half-back Michael Quinn received a straight red card just before the break.

Sligo referee Barry Judge sent-off the Longford captain in what appeared to be a very harsh decision, much to the great anger of the bewildered home supporters.

Down to 14 players for the entire second half, it was always going to be a real uphill battle against the wind.

Quigley rattled Longford with two well-taken goals in quick succession (40th and 42nd minutes) and there was really no way back for the stunned home side.

Fermanagh won by seven points (3-11 to 1-10) in the end and while Longford are now on a revenge mission, the first ever senior football championship clash between the counties could go either way with the probable prospect of a tight contest.

Extra-time if necessary and winner on the day

The new Tailteann Cup will be played on a knock-out basis, and organised geographically in Northern and Southern sections, up until the semi-final stage.

There will be a draw made for each round. New York will enter the competition at the quarter-final stage, the draw for which will be made on RTÉ Radio 1’s Morning Ireland on Monday, 8.35am.