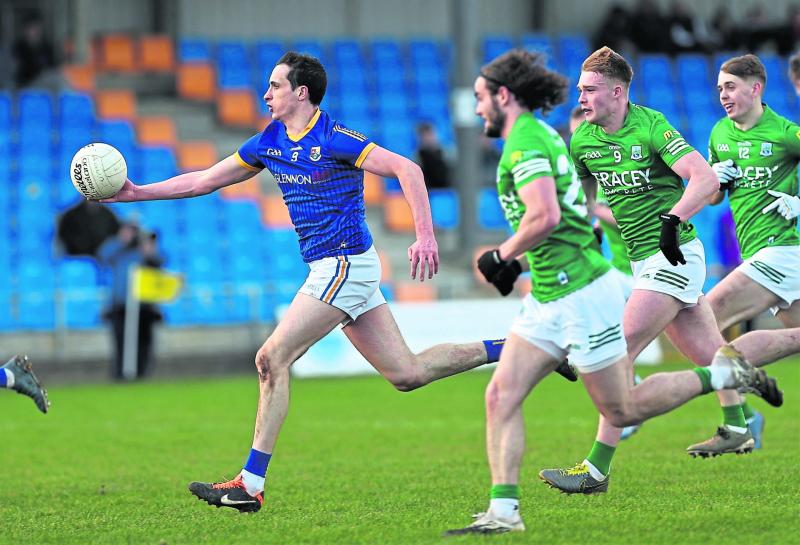 Darren Gallagher on the attack for Longford against Fermanagh in the NFL Division 3 clash at the end of February Photo: Syl Healy

Longford will have home advantage against Fermanagh in the first round of the Northern Section in the inaugural Tailteann Cup Senior Football Championship with the game to be played at Glennon Brothers Pearse Park on Saturday May 28, throw-in 5.30pm

The draw for the preliminary round and first round was made by GAA President Larry McCarthy on RTÉ Radio 1’s Morning Ireland on Monday.

The new Tailteann Cup will be played on a knock-out basis, and organised geographically in Northern and Southern sections, up until the semi-final stage. There will be a draw made for each round. New York will enter the Competition at the quarter-final stage.

The complete draw is as follows:

It is a fairly favourable draw for Longford who will be going all out in the bid to gain revenge for the 3-11 to 1-10 defeat against Fermanagh in the 2022 National League Division 3 clash at Glennon Brothers Pearse Park at the end of February.