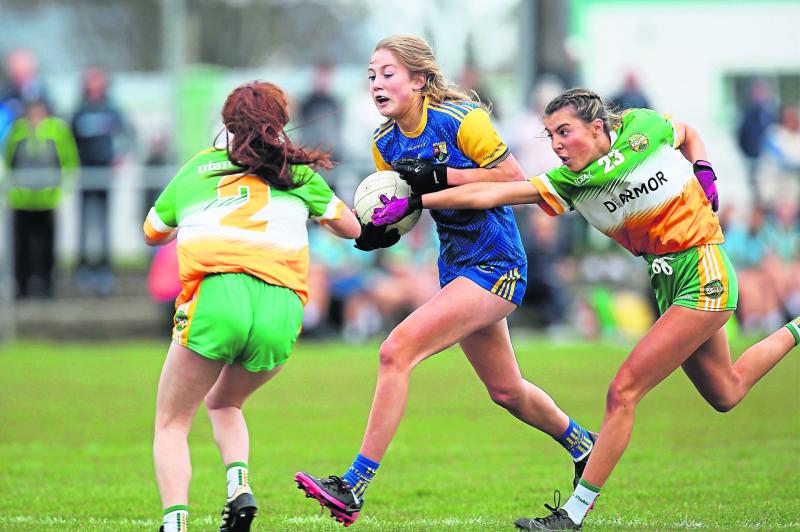 On this Saturday at the Gracefield GAA, grounds, Co Offaly the Longford U-16 ladies take on Wicklow in the 2022 Leinster U-16 “C” championship final. Throw in is at 1:30pm.

Longford ladies started this year’s U-16 championship in Group “B” where they suffered defeats to Westmeath and Wexford and recorded only one win in the “B” championship over Louth in Emmet Park Killoe back in March.

With two defeats in the “B” championship Longford were relegated back down to the “C” championship semi-final where they overcame a tough Offaly team to qualify for the “C” Leinster championship final.

In the final Longford take on Wicklow who have been competing in the “C” championship from the start of this year and are unbeaten to date having defeated Offaly, Carlow and Kilkenny in the group stage of the championship and in the Leinster “C” semi-final defeated the Louth U-16 ladies.

This will be an interesting Leinster final and one where the Longford girls will need to be at their best. Longford manager Dermot Murphy and his management team have worked hard with this bunch of girls since Christmas and have developed a good panel who are capable of taking home a Leinster title.

Longford LGFA wish the best of luck to the Longford panel along with their management team, Dermot Murphy (Manager), Selector/Coach Jimmy O’Neill, Selector/Coach Colm Kilbride, S&C Coach Michelle Farrell and Female Liaison Officer Fiona Murphy in the Leinster final this Saturday. All Longford ladies football supporters are asked to come out and support these young footballers in the final.