Brave Longford hurlers battle back for brilliant win over Louth 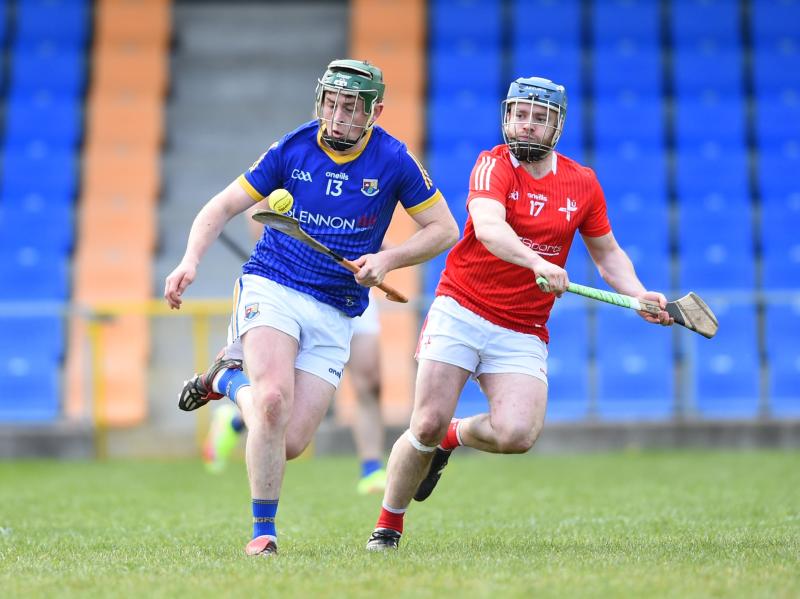 Reuben Murray on the attack for Longford against Louth in the Lory Meagher Cup Round 3 clash at Glennon Brothers Pearse Park on Saturday Photo: Ken Keenan

Looking in serious trouble after midfielder Evan Tully was sent-off after receiving a harsh red card in the 30th minute, brave Longford battled back for a brilliant win over Louth in the Lory Meagher Cup Round 3 clash at Glennon Brothers Pearse Park on Saturday last.

Down to 14 players and trailing by a couple of points at the break (0-9 to 0-7), the highly charged home county showed great intensity in producing a tremendous second half performance to come out on top by the minimum of margins in the tense and exciting finish.

The resilient Reuben Murray broke through and was credited with the crucial Longford goal after he deflected the under pressure clearance from Louth keeper Ruairi Morrissey into the back of the net in the 54th minute.

Moments later Joe O’Brien shot over the bar to leave Longford five points in front (1-12 to 0-10) but Louth were thrown a late lifeline with a goal direct from a long range Darren Geoghegan free in the 68th minute.

That left the sides deadlocked at 1-14 apiece and after Louth were reduced to 14 players a minute later following a second yellow card for Niall Keenan, Longford finished the stronger with cracking points from Paddy Lynam (long range free) and Joe O’Brien to clinch a vital victory.

Whatever the manager Adrian Moran said during the half-time break certainly worked as Longford kept alive their hopes of reaching the Lory Meagher Cup Final at Croke Park but will probably have to win away against Monaghan in their next fixture on Saturday May 7 to achieve that aim.