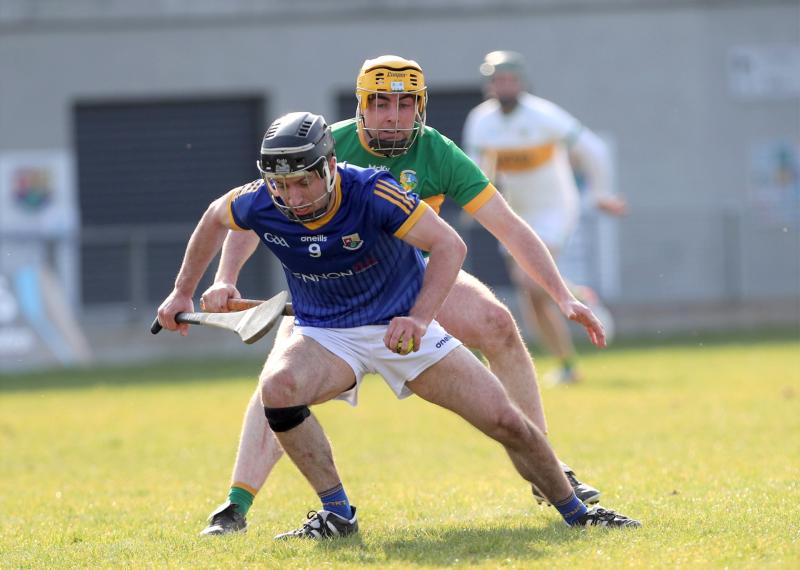 The impressive Paddy Lynam pictured in action for Longford against Leitrim in the National Hurling League Division 3B semi-final on Saturday Photo: Syl Healy

The Longford hurlers produced their best performance this season to beat Leitrim by the wide margin of ten points in the National League Division 3B semi-final at Glennon Brothers Pearse Park on Saturday.

Played in perfect conditions on a glorious sunny day, the home county recovered from the setback of conceding a goal with just 15 seconds gone on the clock to win with considerable comfort and Adrian Moran’s sharp side now face Fermanagh in the league title decider next weekend.

Leitrim led by the minimum of margins (1-5 to 0-7) midway through the first half but Longford then clicked into top gear to fire over nine points in a row to change the course of the game.

Longford ended up 0-16 to 1-7 in front at the break and whatever hopes Leitrim had of getting back into contention were dashed in the early stages of the second half when corner-forward Emmet Corrigan worked his way through to score a goal for the midlanders with two minutes gone on the changeover.

Things went from bad to worse for the visitors a couple of minutes later when they were reduced to 14 players after their top forward Joe Murray received a straight red card.