Next Division 3 fixture against Antrim at Corrigan Park in Belfast this Saturday, throw-in 2.30pm 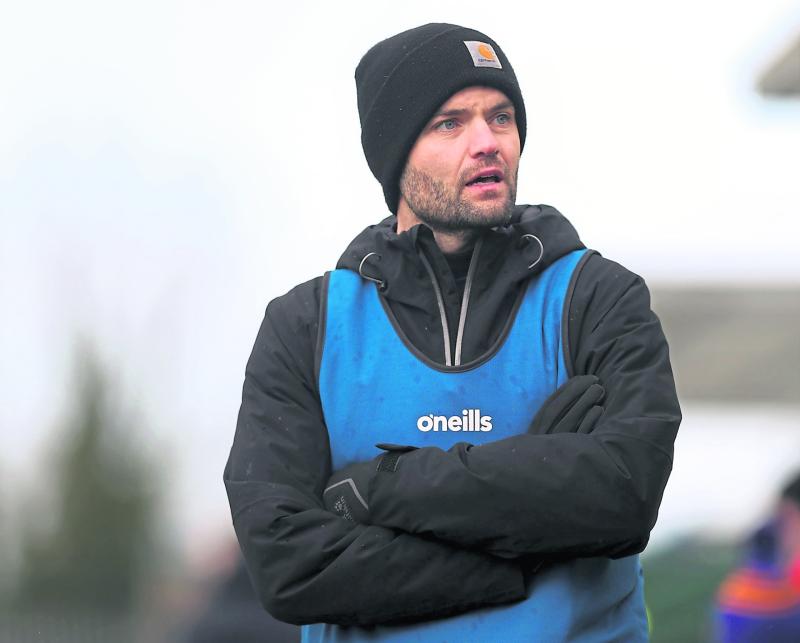 Longford manager Billy O’Loughlin was in bullish form after he watched his side record their first win in the National Football League campaign this season after getting the better of neighbouring rivals Westmeath at TEG Cusack Park in Mullingar on Saturday last.

Any day that Longford beat their biggest rivals is a good day. But this felt like the day that O’Loughlin’s young team came of age.

“We were being written off after the defeat to Fermanagh,” the manager stated. “We probably should have been more ahead at half-time. We passed the ball well and moved it today, the conditions were good,” he added.

Longford were handed a big boost coming into the game with the news that Mickey Quinn’s red card from the Fermanagh game was overturned.

O’Loughlin was keen to stress the importance of the Killoe man to his set-up. “When people think of Longford, they think of Mickey Quinn. He is a great lad to have around the set-up.

“We backed him to the hilt with the appeal on Thursday night. Declan Flaherty also did great work in preparing our appeal. Mickey was instrumental for us today,” the Laois man stated.

Another central figure in this Longford win was ‘keeper Paddy Collum. His save from John Heslin’s penalty early in the second half was crucial.

“Paddy had an excellent game today. I know him for a long time, Paddy won a Freshers title in DIT with Michael Hannon and myself back in 2010. Heslin took the penalty well and it was a great save from Paddy,” O’Loughlin commented.

While some of the more experienced players were to the fore for Longford, so were some of the young guns. One of the most exciting talents to emerge in Longford for many years, Jack Duggan, made his first start.

The manager was very happy with his performance.

“Jack was immense today. That shot on goal he had, it required a good save from Jason Daly. Jack is only 19. Keelin McGann is also only 19. Eoghan McCormack is only 20. These are all very skilful players,” he stated.

Another of the young players to shine was Dromard’s Joseph Hagan, who finished with four points to his credit.

“Joe covers a lot of ground in games, maybe 12 or 14 kilometres, he is like our Luca Modric!”, the manager remarked.

O’Loughlin was full of praise for the big Cashel man.

“John Heslin, is, in my opinion, the best footballer in Leinster.

"Andrew was given a job. He is a fierce competitor. He was probably hurting from last week, against Seanie Quigley. Andrew is very fast over a short period of ground. He is a super player and a nice fella,” the manager stated.

Longford were missing regular starter Dessie Reynolds last Saturday. The Sean Connolly’s player sustained a hand injury against Fermanagh and will apparently be out for some time as a result.

O’Loughlin has seen Antrim playing and is under no illusions about the challenge that they will pose.

“Antrim are physically strong, particularly around the middle, with Michael McCann in particular.

“We will be trying to curtail them but we are going to Belfast as underdogs,” Billy  explained.